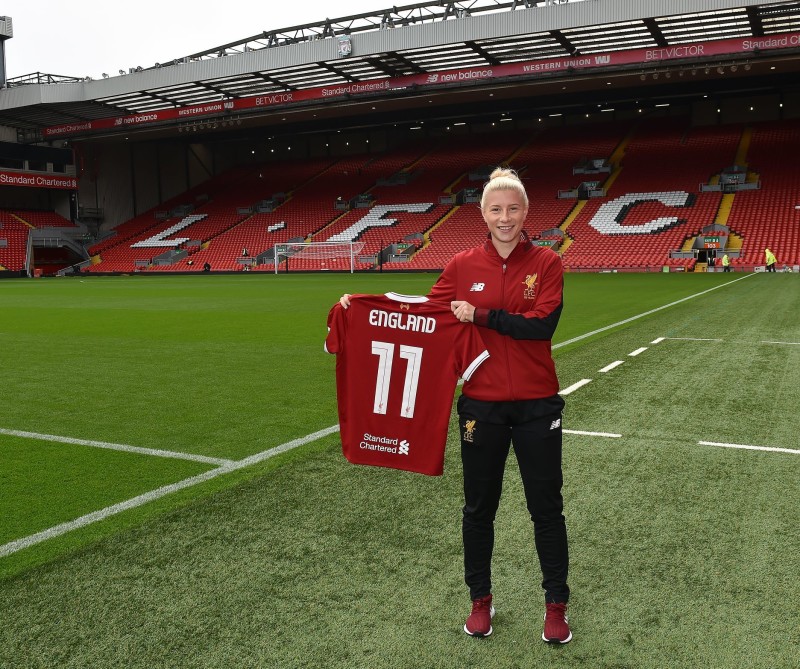 Bethany England has joined Liverpool Ladies on loan from Chelsea and is set to make her debut in the Merseyside derby tonight against Everton.

The 23-year-old midfielder from Kingstone joined Chelsea from Doncaster Belles last year and played for the London club in the FA Cup final, but she has not been a regular and has often been played in a deeper role. She hopes to return to a more attacking position for Liverpool starting with tonight's game in Widnes.

Bethany said: "It's my first Merseyside derby. The atmosphere will be electric with a lot of tension. These are the games that players love the most.
"This is a great loan move for me at this moment in time for my career. My personal goal this season is to turn back into the goal-scorer I know I can be and get back to playing in a forward position. As a team, I hope that we push into the top four positions in the league and qualify for the Champions League."

Bethany is delighted to be closer to her friends and family in Barnsley but has not ruled out returning to Chelsea, where she has two years left on her contract, after her season-long loan. She said: "I was always happy at Chelsea with the environment and the players. It's early days but I'm really enjoying it at Liverpool too. All I'm focusing on now is the season ahead and making sure I'm at the top of my game."

England has always wanted to play for England's first team, having represented the national team at under 19 and under 23 level. She said: "Anyone can see how strong the England team is right now. She said: "There are some exceptional players and it's tough competition to break through. My goal is to hopefully one day get there but all I can do in the meantime is work on my game as much as possible and hope that it's enough to keep knocking on that England door."