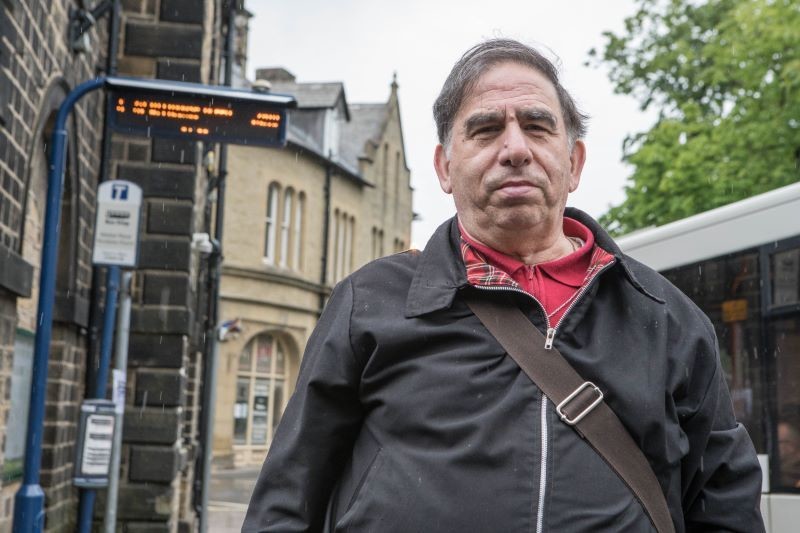 A MAN has been left feeling stranded after it took him three hours to get home from Penistone and says that the lack of public transport to the town makes it a ‘no-go zone.’

Robert Broadhead, 64, from Manor Park, Silkstone, works shifts at the Buckingham Care Home in Penistone and relies on public transport to travel to and from work.

He says he is shocked with the lack of public transport to Penistone on a Sunday.

“I work nights and finish work early on a Sunday morning,” said Robert. “I don’t drive and I find it very difficult to travel to and from work on a Sunday.”

Only one bus runs through Penistone on Sunday, the 21a, which Robert feels alienates Penistone from the rest of Barnsley.

“Last week I pre-booked a taxi for 8.30am when I finished work and by 9.30am the taxi still hadn’t shown up despite me trying multiple times to get in contact with them. This forced me to wait for the first bus of the day at 10am and I didn’t get home until 11am, a full three hours after I finished my night shift.”

Robert suffers with angina, which is caused by reduced blood flow to the heart. After returning home on Sunday, he was forced to call an ambulance after he began experiencing chest pains and headaches as a result of being awake for more than 17 hours.

“I felt really poorly. I should have been home hours before I was and I started having chest pains as a result of my angina. When the ambulance came, the crew were really worried about my blood pressure.

“When you use public transport, you’ve got to set off earlier to catch your bus and make sure you’re on time so I wasn’t just awake for the time I was at work, but the time before and after, which made me ill.

“I feel that the public transport in and out of Penistone is lacking which makes it hard to get to and from work.

“As a resident and councillor in Penistone, I know just how isolated people are becoming if they don’t drive, due to the ever diminishing frequency of bus services to our town and surrounding villages.

“Frequent and reliable public transport links are a lifeline for elderly people in particular, and all those without access to a private vehicle. Penistone’s bus services simply aren’t good enough.

“This is one of the ways in which we are being failed by South Yorkshire Labour’s inability to agree and secure a devolution deal.

“Other mayoral regions have received millions of pounds to invest in their public transport networks. We have a mayor with no money and no powers and as usual Penistone residents are missing out.”

David Griffin, Labour councillor for Penistone West, said: “The whole area of Penistone and the surrounding areas has suffered through funding from the government. Outside of commercial hours, the bus service is subsidised but one bus per hour is not great and it is difficult to travel to the more rural areas when the commercial services aren’t running.

“Barnsley Labour council has subsidised the bus service more by introducing the 25 service which runs in Penistone in the morning for several hours. It is run by South Pennine Community Transport and is a smaller bus, allowing it to go down smaller, country lanes and to be run at a lower cost.