Something’s cooking in the Kitchen as four move in 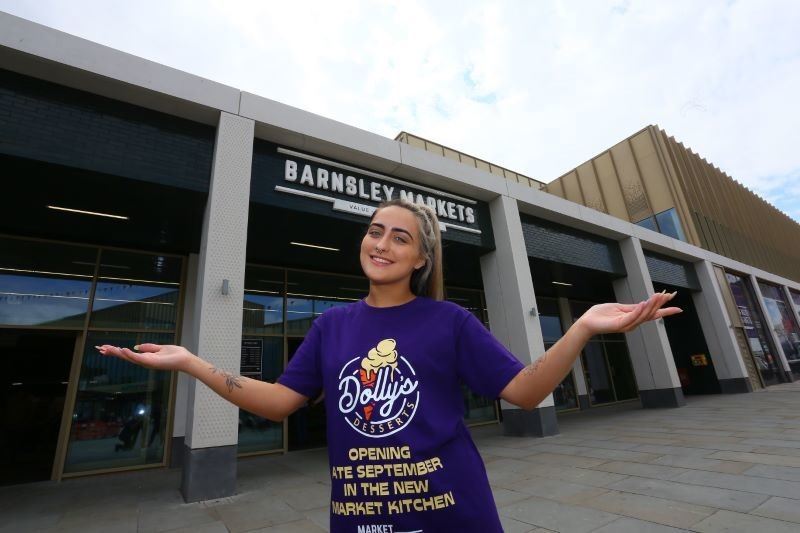 THREE existing Barnsley business leaders have signed up to Market Kitchen - the independent food court housed within The Glass Works.

Nick Smark, a trader on Barnsley Market, will open Dolly’s Desserts at the complex in either late September or early October.

He will be joined by Holy Cow - a burger bar - operated by Dan Sharp, owner of 00Bar in the Arcade.

Dan will also bring MEET, a new bar and restaurant, to the wider Glass Works before its completion in 2021.

Dolly’s Desserts and Holy Cow will be joined by Daddy Beanz - a coffee shop owned by Mike Breeze, who already trades the business on Penistone Market.

It roasts its own beans in Barnsley, and also provides world teas and superfood smoothies.

A fourth business - Jamaican King - will be brought to Market Kitchen by Leicester-based John Palmer.

The Glass Works’ independent food court will house 11 units in total, including the three traditional market cafes, Paul’s Place, Hilton’s Cafe and Kay’s Cafe, who are already open and trading.

Four more names will be announced in the coming weeks, including three new food offers and a bar.

“Market Kitchen will be the town’s own independent food court. We already have three fantastic cafes trading there and they’ll be joined by more names when Market Kitchen fully opens.

“We’re thrilled that two existing market traders - one from The Glass Works market and the other from Penistone - are committing to Market Kitchen with Dolly’s Desserts and Daddy Beanz, and we’re happy that the owner of 00Bar is expanding into The Glass Works with first, Holy Cow, then MEET before the scheme completes in 2021.

“We’d also like to welcome Jamaican King to Barnsley. It’s an exciting offer that will be joined by more diverse food outlets. There will be something for everyone to enjoy in Market Kitchen and it will be a food court for Barnsley folk to be proud of.

“The Glass Works, Barnsley Market and the wider town centre is rife with investment, and Market Kitchen will only add to that.”