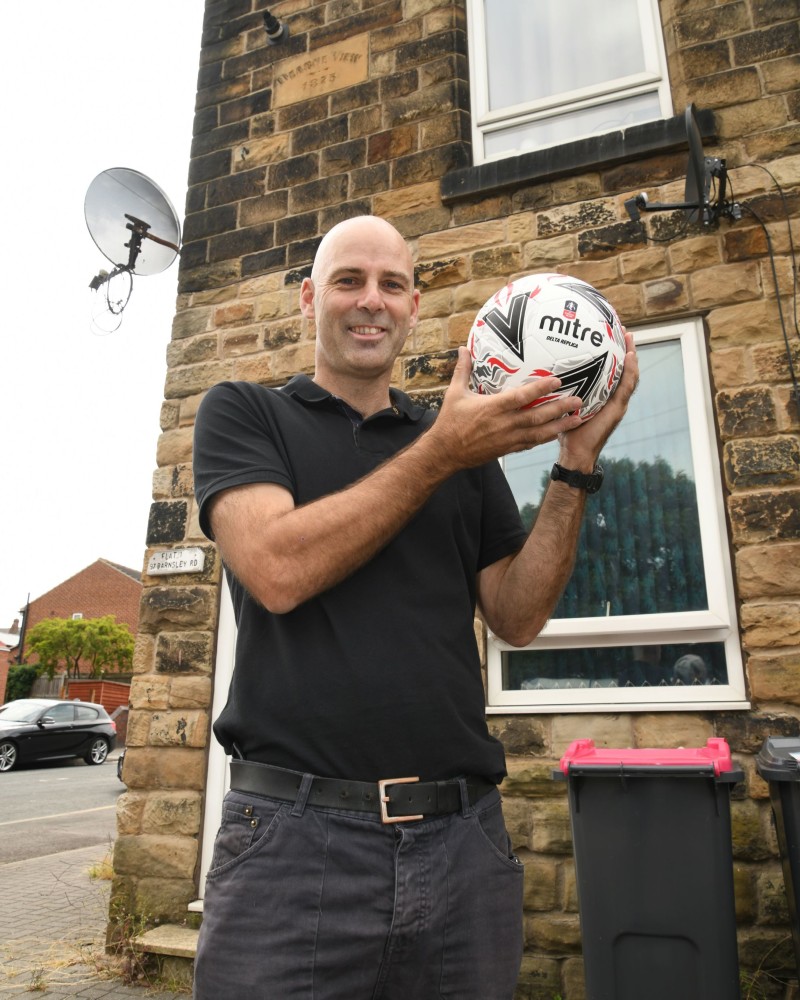 A local football historian is launching a campaign for a blue plaque to commemorate the former home of the Robledo brothers.

Chris Brook’s research has confirmed that 97 Barnsley Road, West Melton, was the boyhood home of the Chile internationals George and Ted and feels they are worthy of an historical marker. The idea is still in its infancy but Chris is hopeful of support and donations towards the plaque.

“The Robledos have been in my mind for a long time,” said Chris.

“Barnsley FC recently did a story on George’s signing and put a picture of his contract in their programme. It confirmed that George lived at that address. It’s now four flats but was a shop when the Robledos lived there in the 1940s. I have got in touch with the owner of the property, who lives in Bexhill-on-Sea, and he was positive about it and has told me to go for it.

“The Rotherham Civic Trust are also behind it. They estimate that it will cost around £350 and I would like people to get behind the campaign. I know that it’s a long time ago but I think most Barnsley fans have heard of the Robledo brothers. “George was the leading non-English goal-scorer in the top flight until Dwight Yorke. So he held that record for a long time. The brothers were so talented and are great stories. They should be remembered.”

David Bret, a successful showbusiness biographer, lived in the house after the Robledos and recited a story to Chris about having the same bed as Ted as his name had been carved into it. Chris still needed official confirmation and now has that with a copy of the contract thanks to Lucy Thorpe – a distant relation to the brothers. Chris, a former teacher, has researched the history of the Don and Dearne football tournament the Totty Cup extensively and has now moved on to the Montagu Cup. George scored in both competitions before being picked up by Barnsley.

The brothers were born in Chile to a Chilean father and an English mother before settling in the Dearne Valley. Inside forward George was to star at Oakwell and earned a big move to Newcastle United with younger brother Ted, a wing half, in 1949. George represented the country of his birth in the 1950 World Cup and played in the group stages against England. He scored in Chile’s win over the USA. He netted more than 127 times in 251 games in England before moving back to his homeland. He died in 1989 aged 62.

Ted played 37 times for the Geordies before also making the move back to South America. He died in mysterious circumstances in 1970 after falling overboard off an oil tanker aged 42.