Barnsley happy with squad but are looking at left-backs 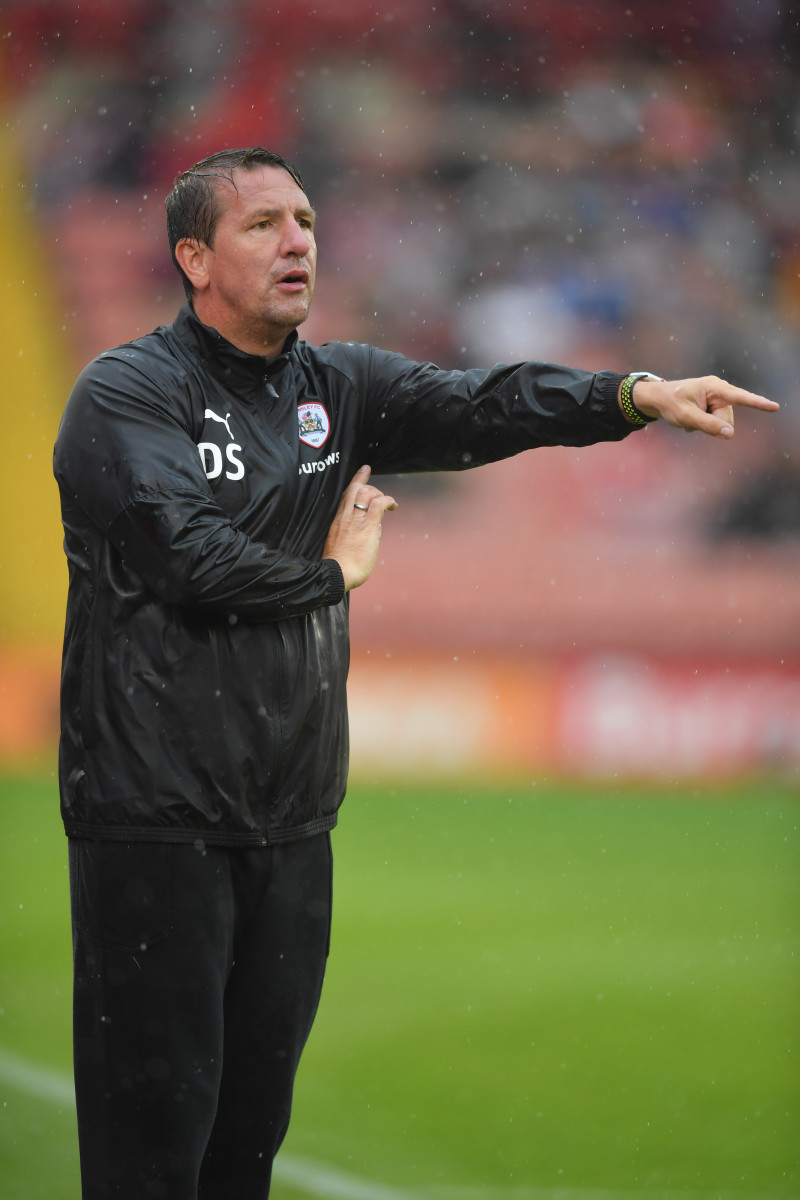 Barnsley would be happy to take their current squad into the new Championship season but are still seeking a left-back and some more experience.

The Reds – who begin their Championship season at home to Fulham tomorrow – have until 5pm on Thursday to sign new players. Head coach Daniel Stendel suggested on Saturday that Barnsley were unlikely to add to their ten new signings but his assistant Dale Tonge said yesterday that ‘one or two’ could arrive in the next six days.

Tonge said: “We would be happy with this squad at the end of the window. It’s common knowledge that we have signed more players this summer than for a lot of years. We are looking forward to working with this group and developing them.

Left-back is a position in which Barnsley have been looking to recruit all summer, with Dani Pinillos yet to return to full match-fitness after an operation while 20-year-old Ben Williams has played just 11 league games in his career.  One of several left-backs they are understood to be interested in Leeds United’s Tom Pearce.

The 21-year-old has played seven Championship games for the Whites, scoring in the 2-1 success over Barnsley in April last year, before he played nine games on loan to League One Scunthorpe United earlier this year.  Should he sign, Pearce would be the third player to move from Leeds to Oakwell this summer following Mallik Wilks and Aapo Halme.

Tonge said: “We had conversations about quite a few of the Leeds boys, and Pearce was one of them. He’s played at the level, maybe not many minutes, and he’s obviously a very good player. At this moment, we haven’t made any approach.  At the start of the summer, we had that conversation about left-backs because of Dani’s injury and the lack of experience at the level we’re going into.”

Kieffer Moore, last season’s 19-goal top-scorer, is of interest to several other Championship clubs but the Reds are hopeful of keeping him by the end of Thursday which is also his 27th birthday.  Tonge said: “I know he is getting linked in the press with quite a few clubs.  “As of now, we have not had any new approaches and they wouldn’t be particularly welcome. If we sign anyone, we will be looking to add players, not replace others.”

After the Sheffield United friendly on Saturday, Stendel said he did not expect any more new signings to be made.  He told the Chronicle: “At the moment, I think this is our squad. We will see what is possible. The best way is that we train with the players that we have.”

He added: “We are looking for players but it’s not so easy. From one side, we want young players but, from the other side, we cannot sign every player we want because we need more money.  We will try to look for players and maybe we will get an option.”

Asked about extending his own contract, which has a year to run, Stendel said: “We will see what happens in the next weeks.  “I am happy in Barnsley, I can work with my style and the club is behind my style.”

Striker Victor Adeboyejo was loaned out to League One side Bristol Rovers on Friday then netted the winner in their friendly win over Plymouth Argyle the next day. The likes of Jared Bird, Jack Walton and Dylan Mottley-Henry could also be loaned out by the deadline of the end of the month for moves to lower league clubs or overseas sides.

Meanwhile, Barnsley are yet to name their captain for the new season. Tonge said the skipper would be revealed tomorrow before the game.