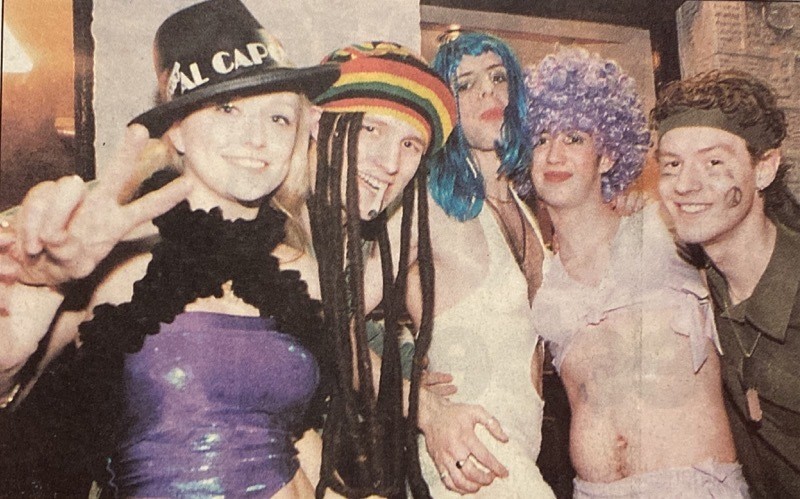 Charlotte Hutton takes a look back in the Barnsley Chrionicle archives from the dawn of the millenium.

SPECTACULAR fireworks lit up the skies of Barnsley as people went party crazy to welcome in the millennium.

Eye-catching displays across the borough could be seen for miles around as most folk chose to celebrate from the comfort of their own homes.

Willowgarth High School at Grimethorpe was the centre of celebrations in the east of the town, with 250 gathering to see the lighting of a millennium beacon.

Early evening, business was brisk in the town centre’s pubs although it was never quite as hectic as the average Friday or Saturday night. All those rumours that some pubs would be charging as much as £100 just to get through the doors couldn’t have done much for business.

By the time Big Ben struck 12, the normally chaotic bunny run on Wellington Street resembled a ghost town - although the shortage of crowds didn’t dampen the spirits of the brave souls who stayed behind.

Tuneless renditions of Auld Lang Syne echoed throughout the town centre, only dampened by the crackles and bangs of the spectacular firework displays which lit up the sky for almost 20 minutes.

LITTLE Nicholas Dougherty found his great grandmother’s cockatiel - when the bird landed on his shoulder during a game of football.

Billy had been missing two days when he suddenly started annoying the youngsters playing on an estate.

Nicholas, eight, recognised him, shouted his name and Billy swooped onto his shoulder.

“He never moved an inch while I walked all the way home,” said Nicholas, whose great grandmother lives a mile from the spot where the bird was found.

His return brightened up the new year for Gladys Bowman, 78 from Cudworth, who was heartbroken when her four-month-old cockatiel flew out of the house.

SCULPTOR Graham Ibbeson has created a miniature collection of some of the great names in comedy such as Benny Hill, Norman Wisdom and Tommy Cooper - just like that.

The 12 inch high miniatures made from cold cast bronze have become a popular attraction at the Cooper Gallery where they are on display.

His first venture into the miniature world was a copy of the life-sized statue of Eric Morecambe which now stands on the sea front of his Lancashire hometown.

Glen Wilson, 14, is to appear live on an ITV talent show called Mad For It. He will give a performance of Michael Jackson-style disco dancing.

He was invited on the Children’s programme after being spotted by a producer who was one of the judges in the national finals of a holiday camp competition. Glen was beaten into fourth place by three 17-year-olds.

His dad, Les, 39, said: “The producer wrote Glen’s name on the back of her hand because she felt he was the ideal contestant for Mad For It. Glen is a self-taught dancer. He started after seeing Michael Jackson doing his Moonwalk dance on television.”