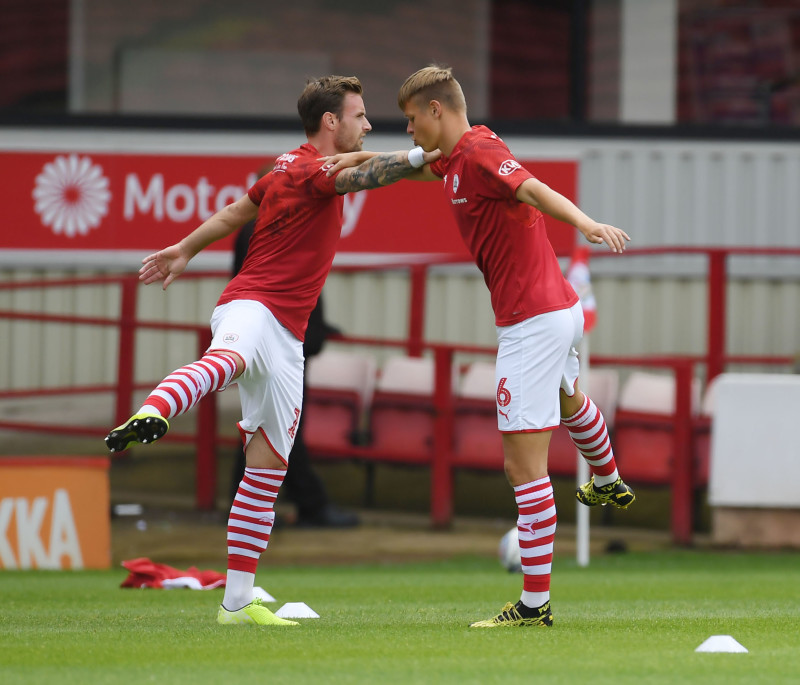 Michael Sollbauer says staying in the Championship with Barnsley would be one of his biggest achievements.

The 30-year-old centre-back, who joined the Reds in January, has finished third in the Austrian Bundesliga with previous club Wolfsberger and played in the Europa League earlier this season.

He told the Chronicle: “It would be a big part of my career and a very big achievement. A lot of people said to me when I came to Barnsley: ‘for sure, they will go down’. Now we are very close to our goal and I have a very good feeling. To stay up would be a big achievement for me and it would show me that it was absolutely the right decision to come here.”

Barnsley had four weeks in training with head coach Gerhard Struber before the season re-started. Sollbauer said: “Gerhard spoke a lot with us and, from the first moment, it was high intensity in training. We spent a lot of time working on set pieces. I don’t worry about them anymore. Everybody is confident. The next goal is to be more aggressive when we have attacking set pieces. We need to take more risks. It is also my goal to score my first goal for the club.”

Sollbauer has impressed as part of a back three with Mads Andersen and Ben Williams.  Barnsley have kept clean sheets in the three games since football re-started, which have brought seven points.  He said: “It’s very important for the whole team, especially the defence.  Our goal was to keep three clean sheets which is easy to say now after we have done it. We have done a lot of hard work before the games and between the games. It starts right up at the front with our strikers.”

Sollbauer praised 22-year-old Andersen who was dropped in February after a series of errors but has excelled in the last two weeks. He said: “It was hard for him. It was a hard way to learn but it was what he needed. I know about his qualities and his skills. He is a great talent. Gerhard had the feeling that Mads needed a break. I spoke to him a lot.

“I have been in a similar situation in the past when I was captain and then I lost the captaincy and came out of the team. I learned a lot from that and so will Mads. He is doing a great job and he will be important for us in the next games.”

Before the Championship re-started last month, Sollbauer questioned whether it should go ahead while the coronavirus death-rate was so high in this country and said he did not want to ‘risk the lives’ of his wife and young son by bringing them back to Barnsley with him.  He said: “I still think it was all a little bit too early. When I go to the supermarket in Barnsley, it is not like in Austria. I think it’s a bit rushed here because the cases are still high. I try to stay safe, the club has done a really good job to keep us safe.

“It is tough for me. My boy is young and small. I have missed him and my wife. It would be better if they were here but it is better for them to be in Austria at the moment. We have had a lot of communication. They cross their fingers in every game and give me a lot of energy.”

Sollbauer’s first game of this season was in the Austrian Bundesliga for Gerhard Struber’s Wolfsberger on July 27, 2019 – almost a year ago.