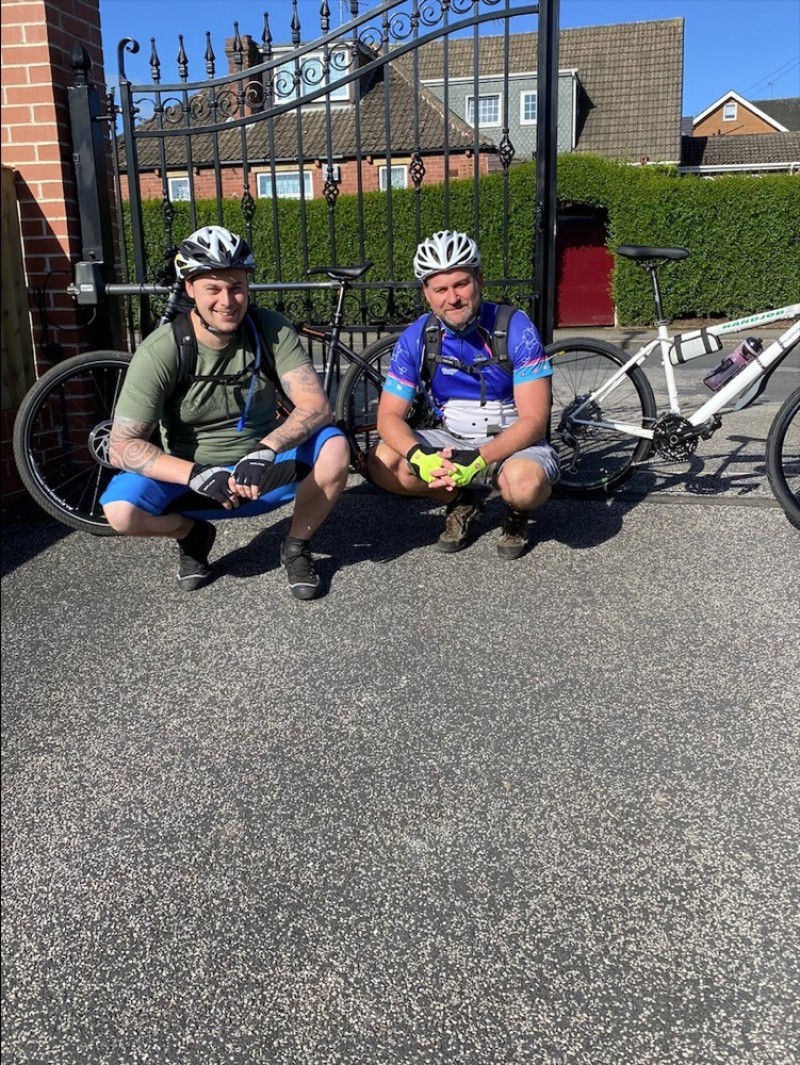 A GRIEVING dad - who wanted to support the charity that supported him after the death after his unborn son - has raised more than £650.

Matthew Jones, of Wakefield Road in Staincross, has donated to £680 to Aching Arms, a charity that donates toy bears to grieving parents.

The 35-year-old dad cycled more than 100 miles for the charity, and doubled his initial fundraising target.

Matthew told the Chronicle: “In 2016, my son Harry was diagnosed with a brain condition at his 20-week scan.

“After another six weeks of testing, Harry’s medical conditions worsened and we were forced to make the hardest decision of our lives and heal him.

“We never got to bring him home, watch him grow, or spend the rest of our lives with him.

“The bike ride was a way to raise money for Aching Arms a charity that very kindly gave us a beautiful bear to fill our aching arms when Harry passed.”

Matthew challenged himself to cycle the 100 miles in under two days, and so began training weeks before the bike ride.

“I was supported on the ride by my friend Dan Laws who helped me train for the ride beforehand and was the voice beside me that kept my legs going.

“It was incredibly challenging at times but people’s support helped to push me through.

“In the first day alone, we cycled 88 miles and more than 12 miles on the second day. It was very tiring but so rewarding.

“I’m completely humbled with the amount of people who got behind this. I thought it would just be our loved ones that donated, but we got people donating who I didn’t even know.

“This money will help the charity buy around 60 bears for grieving parents which is amazing.”

To donate to Matthew’s fundraiser, visit Harry’s 100 miles bike ride on the Go Fund Me website.