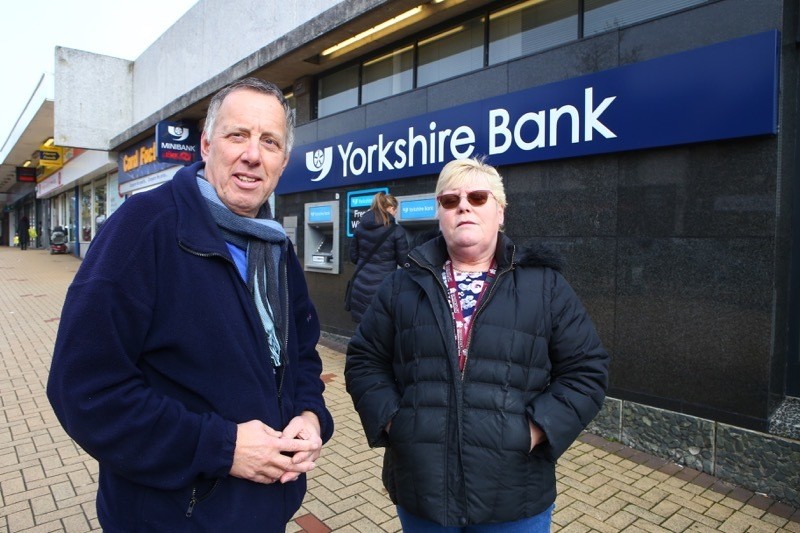 A HIGH street Post Office branch threatened with closure has been thrown a lifeline as the shop it’s based in has allowed it to continue operating.

Amid fierce pressure from local residents and councillors, Wombwell’s Post Office, on High Street, will now remain operational until an alternative is found - after it was previously slated to close at the end of this month.

Discount food retailer Heron Foods, which lets out part of its shop, made the decision two weeks ago to shut the branch due to ‘diminishing demand and a reduction in scale fees from the Post Office’.

But after striking up an agreement with the firm, Heron will continue to operate the post office until the end of the month, at which point a temporary postmaster will take charge until a permanent solution is found.

Post Office has previously said it would endeavour to ‘keep any period of closure to a minimum’.

A spokesperson told the Chronicle there was no specific timescale attached to the extension while a search for alternative premises has already gotten underway.

They said: “We are pleased to announce that Wombwell Post Office will not be closing at the end of this month as originally planned due to the resignation of the operator.

“The resignation will still take effect, however, a temporary postmaster will operate the branch within the current supermarket.

“Heron Foods is allowing Wombwell Post Office to remain for the time being to give Post Office more time to try to find a permanent solution to maintain Post Office services in Wombwell.”

The closure would have seen Wombwell follow a series of post offices shutting up shop, with Grimethorpe, Hoyland and Darfield all closing last year.

Coun Robert Frost welcomed the decision as a sign of how important the post office is to Wombwell, Barnsley’s largest Principal Town.

“We mentioned it to everybody, from members of the public to the local MP who got involved, to object through the Post Office’s email system,” he said.

“Everybody in Wombwell was opposed to the closure.

“The news came out of the blue, just when we were getting the high street back open again.

“Especially with the banks closing, people who are elderly or disabled can’t get to Barnsley.”

The Chronicle understands Virgin Money, which runs Yorkshire Bank, has reactivated its programme of closures after it was initially delayed by the coronavirus outbreak.

When the closure of Wombwell’s branch, expected next month, does happen it will leave residents - many of whom are elderly or don’t use the internet - without access to a physical bank if Wombwell Post Office does eventually close.

Barnsley East MP Stephanie Peacock, who campaigned against both closures, said: “Following my recent letter and petition against the closure of Wombwell Post Office I’m pleased at the news the branch will remain open at Heron Foods under a temporary postmaster until a new location is found.

“Disappointingly, new locations have not yet been found for post office branches to reopen in Hoyland and Darfield.

“I am also concerned to hear that Virgin Money will be proceeding with closure of the Wombwell Yorkshire Bank branch on August 3.

“Over 400 people have signed my petitions to keep the Wombwell bank and post office branches open.

“Elderly people and those who struggle to access the internet rely on these services. I will continue fighting to make sure these vital services are available to everyone in our community.”

With only one other bank - Barclays in Hoyland - remaining in the whole of the Barnsley East constituency, and ten in Barnsley Central, Post Offices have been posited as an alternative for those who require physical banking services.

There are more than 60 Post Office branches in Barnsley, but many have been downsized or established in other premises, and some still face the threat of closure.