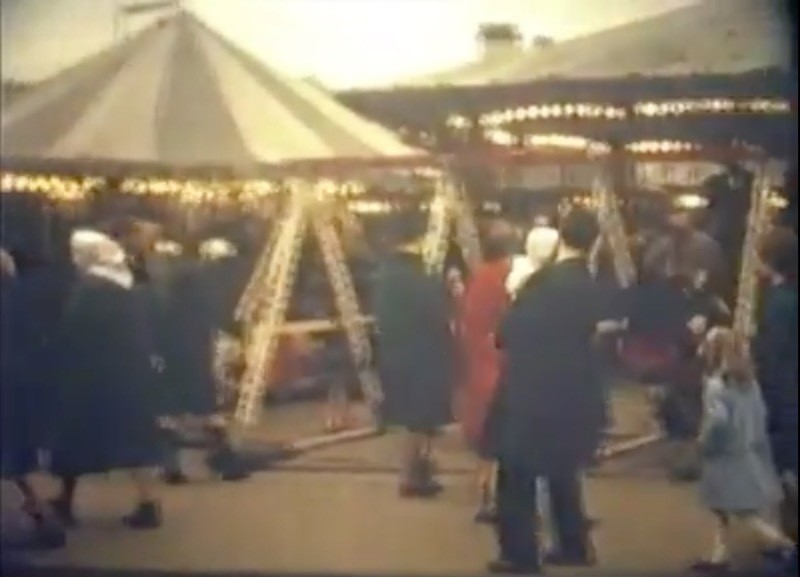 HISTORIC footage of Barnsley’s streets has been recovered by a local filmmaker.

The almost 60-year-old film, originally taken by 86-year-old Reg Humphreys, has been digitised and put online by Barnsley documentarian and singer Dave Cherry.

It shows footage of Kings Own Light Infantryman Reg’s return to Dearne Street in Darton, and clips of families taking in the once-popular Barnsley Feast.

Reg, born in Burma and now living in Well Lane, Monk Bretton, was also interviewed by Dave for the film as the two watched the footage.

“It came out of the blue really, I didn’t know Reg beforehand,” said Dave.

“I’ve had the film for five years or so, but it got a bit left behind while I was doing other things.

“What I was interested in was the footage from the Barnsley Feast - that’s very rare film.

“I thought it was an ideal time to release it now and cheer people up a bit.

“It was a better time, people were friendly even though they had nothing but bread and jam.

“The film has gotten a lot of interest, it’s gone ballistic on Facebook. I’ve been amazed at some of the comments, from all over the world.”

Reg, who’s been entertaining his neighbours during lockdown by playing music from his house, is currently committing his colourful life to print as he works on a book of memoirs.

When his family were evacuated from Burma in 1942, Reg would spend two-and-a-half years in India with his mother, sister and brother, separated from his KOYLI father - before finally reuniting in Pakistan.

He’d later follow in his dad’s footsteps, serving in Burma, Suez and Malay, and was also a miner.

Reg said: “I’ve always had a camera, I have lots of films from my time in the armed forces. I keep them for when people want to look at them.

“Somebody must’ve told Dave about the film from Barnsley in 1964 and he got hold of it.

“In those days there was more community, you could sit on our doorstep and Alan who lived across the road would shout ‘I’ve got tea on if you want to come for a pot of tea’ and vice versa.

“This is the history of Barnsley, and we are losing it.”