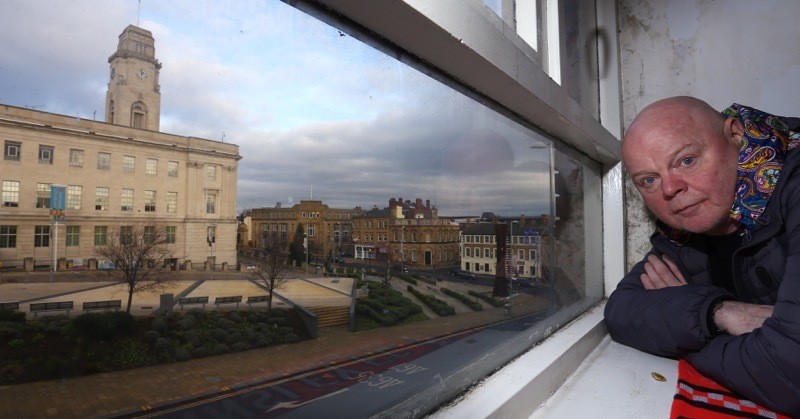 REVELLERS returning to Barnsley’s bars after a three-month absence have been urged to respect the new rules - or risk them closing for good.

Dozens of the town centre’s venues and those across the borough will reopen tomorrow - although some landlords have taken the decision to delay their long-awaited return due to concerns over the strict guidelines put in place by the government.

Heavy fines and even prison await landlords - who have no choice but to take every customer’s details to aid a ‘track and trace’ system - if they are unable to adhere to social distancing rules and keep pub-goers and staff safe.

The restrictions have been met with a mixed response by the town’s landlords and revellers have been warned to expect a much-changed environment from tomorrow.

Dave Clayton, from the Soho Music Institute on Shambles Street, told the Chronicle: “It’s a bit of a minefield for us and it won’t be the experience people usually have, but it’s obviously great the restrictions have been relaxed and we now have choices.

“It’s been a long three months but if people thing they’re going to be coming out for a party, unfortunately that is never going to happen as it has to be a gradual process.

“We’ll trial this new way for a few weeks but if it’s a farce, we’ll close because the authorities will be all over it like a rash to maintain the rules.

“It’s still a frustrating picture as many people who run the town centre’s pubs and clubs are in it for the buzz. Barnsley’s got some great venues which people love, but we have to be realistic about it.”

The beer and pub sector contributes £48m a year to Barnsley’s economy, as well as 2,562 jobs in the town, according to a recent report, but they were all forced to close on March 20 as a result of the coronavirus outbreak.

Paul McNicholas, who owns Annie Murray’s, 00 Bar and Hill 16 in the town centre, added: “All three will be open but the big issue is the contact tracing element and how people will react to that.

“If there’s queuing, which inevitably there will, we’re lucky we have The Arcade but it’d be great if the council would perhaps look at closing Market Hill to traffic at night to help bars at that end of town with their social distancing.”

Pubs and restaurants - which can also reopen tomorrow - have been told they should keep music at a low volume to ‘avoid people needing to shout’ which increases the risk of transmission from droplets in the air.

Restaurants, many of which have been offering takeaway services throughout the lockdown period, will have social distancing in place but require bookings.

Across the borough, Arthur O’Loughlin - who runs Locky’s Bar and Squires in Wombwell - is reopening, as is the Crown and Anchor in Barugh Green, but Dave and Leah Lockwood who run The Talbot and The Wentworth in Mapplewell are not.

The couple said: “Unfortunately, after careful deliberation of the necessary measures, we don’t feel we cannot 100 per cent ensure guidance is maintained. Our staff and customers will always come first, so that’s not a risk we are willing to take.

“That’s absolutely not to say that venues who choose to open are doing anything wrong. Our challenge is largely as a result of being in a buzzing, popular village, with other great venues, and we anticipate demand would far outstrip capacity.

“We wish all other venues well with their reopening plans; we will monitor how the weekend goes elsewhere and at this stage our plan is to reopen both pubs from July 13.”

Nigel Croft, spokesman for the Barnsley branch of the Campaign for Real Ale (CAMRA), welcomed the government’s relaxed restrictions and said the decision to halve the two-metre rule was vital for pubs.

“People have missed pubs and although it’ll be a different atmosphere altogether, I think most will just want to get out for a pint and for the socialising aspect,” he added.

“The track and trace system is something we have a problem with as it’s a big ask - more people visit a supermarket than a pub and retailers aren’t asked to do it.

“The message for people going out tomorrow is to show common sense and follow the new rules. If they do that, Barnsley’s brilliant pubs won’t be hurt and their landlords will not run the risk of a big fine.”