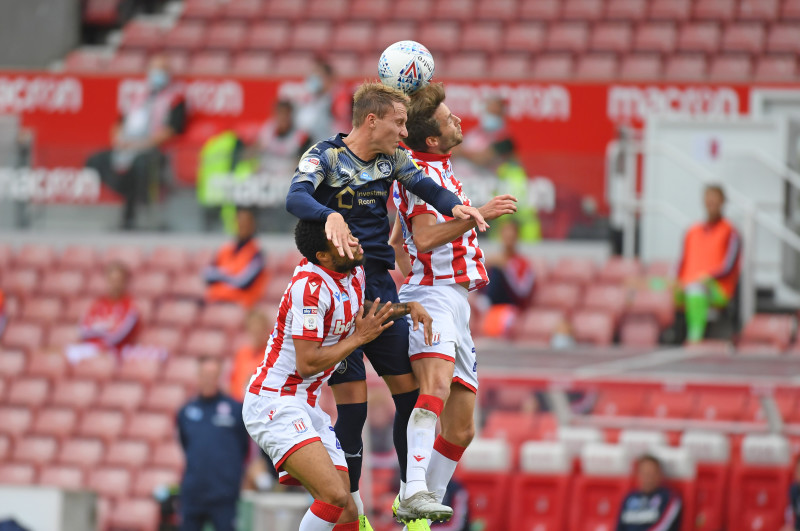 Cauley Woodrow says he has not lost any confidence during his current goalless run.  The striker has not netted in seven matches – his longest such sequence for Barnsley – since he got the winner at Hull City in February.

He is still the Reds’ top-scorer this season with 15 in all competitions.  Woodrow told the Chronicle: “I have scored really frequently since I have been at the club but, now I haven’t scored for a few games, everyone is saying: why is he not scoring? It’s part of the game.  “I am not low on confidence. I came close at Luton. If I get chances, hopefully I can stick them away and start scoring again.

"I am fully confident in myself.  I have 34 goals for the club so it’s not like I can’t score. I know it’s been a few games but I’m not worried.”

Woodrow and Conor Chaplin, who has 13 goals this season, were both taken off with seven minutes left at fellow strugglers Luton Town on Tuesday, before a 1-1 draw was secured by oncoming substitute Aapo Halme, a centre-back playing up front. Woodrow told the Chronicle: “If the manager wants to take us off, that’s his choice. Aapo came on and got the equaliser, thankfully. Aapo is a centre-half so it was quite a funny one but that’s just how football goes sometimes.”

Tomorrow, when Barnsley host fellow strugglers Wigan Athletic, Woodrow will come up against a familiar face in Kieffer Moore. The pair were joint top-scorers for Barnsley last season as they secured promotion out of League One.  Woodrow said: “We had a great partnership. He’s a good striker and a great lad. He will be a big threat with his height and physical presence. Hopefully our lads at the back can keep him quiet.”

Wigan have been docked 12 points for going into administration, leaving them below the Reds. Woodrow said: “We don’t want to rely on a team getting points deducted to keep us up.”

He added: “It’s a must-win but all season it’s been the same story.  We had a long run without winning and we’ve always been chasing since then so every game has been really important. We could have been relegated a long long time ago and teams probably thought we would be. But we have given ourselves a massive chance.”

On playing behind-closed-doors, Woodrow said: “It’s definitely strange having no atmosphere.  “It’s not what we’re used to and it’s really really bizarre.”