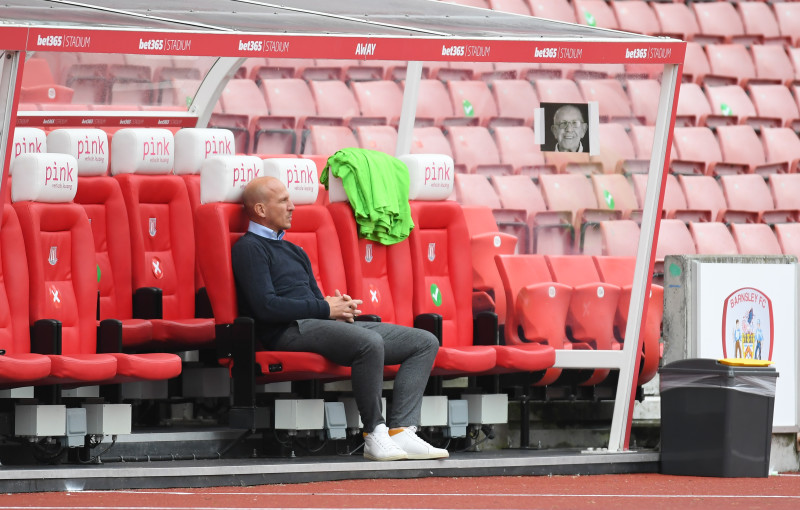 Gerhard Struber believes Barnsley will need at least 49 points to remain in the Championship this season.

The Reds – who have spent 299 days in the relegation zone – were thrashed 4-0 at fellow strugglers Stoke City on Saturday, then drew 1-1 at bottom side Luton Town on Tuesday.  They are third-bottom, and three points adrift of safety with four matches remaining, assuming that tomorrow’s visitors Wigan Athletic are given a 12-point deduction for entering administration last week, which they are appealing.

Struber told the Chronicle: “At the end of this season, it is necessary that we have 49 or 50 points.  We need wins, we need points and we need good performances and a big spirit. I trust my boys. I can feel their energy and belief but sometimes we also need a little luck.  We give all that we can in this time and everyone is very very professional.”

Barnsley currently have 42 points, so would need seven from their remaining four games to reach Struber’s target. After hosting Wigan tomorrow in what the head coach has admitted is a must-win game, they visit  promotion-chasing local rivals Leeds United on Thursday.  Barnsley finish their season at home to Nottingham Forest then at Brentford on July 22.

Struber said: “We have a chance to win against every opponent in the last four games. We will play against teams who have the style of playing on the ground and a possession style like Leeds, Brentford and Wigan.  This is better for us.”

Struber admits he has some sympathy for Wigan, whose players and staff are reportedly being paid just a fraction of their wages. He said: “The situation around Wigan is difficult for everyone who works at the club. But it is not helpful to lose energy speaking about Wigan’s financial problems, we have to focus on the game. When I saw the last performance from Wigan, they are in a fighting mood.  We are also fighting for our careers and our chance to stay in the league.  Everyone knows this is a big game.  We are in a good shape and very focused to bring a good performance.

“We know that Wigan is one point behind us so we have the responsibility to bring a big performance so that we can make the gap a little bigger. Everyone knows Wigan’s situation and we are ready for a fight. Hopefully, in the end, other teams are in the relegation, not Wigan and not Barnsley.”

Barnsley have scored just four goals in their five games since the re-start last month. Their main scoring threats this season have been Cauley Woodrow and Conor Chaplin who have 15 and 13 respectively in all competitions.  But Woodrow has not netted in seven games since February – his longest such run in two years at Oakwell – while Conor Chaplin has three in his last 19 Championship games. The other starting striker, Jacob Brown, has netted three goals in 34 league starts this season.

“We have the right quality up front, I trust my strikers. I trust Cauley Woodrow. But sometimes in our situation, there is a lot of pressure. Sometimes creative players and strikers need a good flow and a good understanding.  Other players are scoring important goals. I hope Chaplin, Woodrow and also Browny come back and give us what we want. Saturday is a good game for them to score.”

Wigan’s top-scorer is former Barnsley star striker Kieffer Moore.  Struber said: “He is a very good striker with a big impact for Wigan in the last few games. I have seen him play live.  But we have very good defenders and it will be a big fight. Wigan also have other very interesting players.  What fans do with Kieffer Moore on social media, is not a big topic for me.”