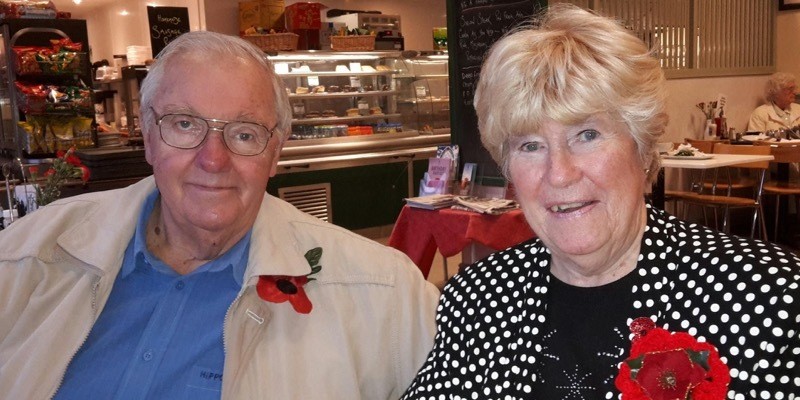 A BARNSLEY couple who met through their shared love for performing music are set to celebrate their diamond wedding anniversary this month.

Sheila and David Tingle, both 82, live on Howden Close in Darton and have lived in Barnsley for the majority of their life, getting married at Ebenezer Methodist Church on Sheffield Road, on July 30, 1960.

Their daughter, 51-year-old Louise Garbett, of Penistone, told the Chronicle: “They met when they were just 11 years old at Agnes Road School, but they grew closer through their passion for music as they joined The Junior Choral Society.

“They both performed and were the lead roles at many of the shows at Barnsley Civic Hall and I know that they’re quite well-known across the town for that.

“My dad was also an RAF cadet and was due to be posted to Cyprus, but sadly his dad died and so he didn’t end up going - when my dad walked into the Co-op Arcadian Hall my mum was so shocked because she had already said her tearful goodbyes.

“My dad walked in, took her by the hand and joined in the dance with her.”

The couple have lived in Barnsley for the majority of their life, apart from a brief stint down south for a couple of years before they returned home after the loss of their son, Julian David Tingle, at just 19 years old in a car accident.

“My brother died so my parents came back to Barnsley and they’ve stayed here ever since - he was so important to them,” she added.

“My parents would tell you that a secret to a good marriage is having mutual interests, always being there for each other through good times and bad, and most of all being good friends.

“The love they have for each other is stronger than anyone else I know.”