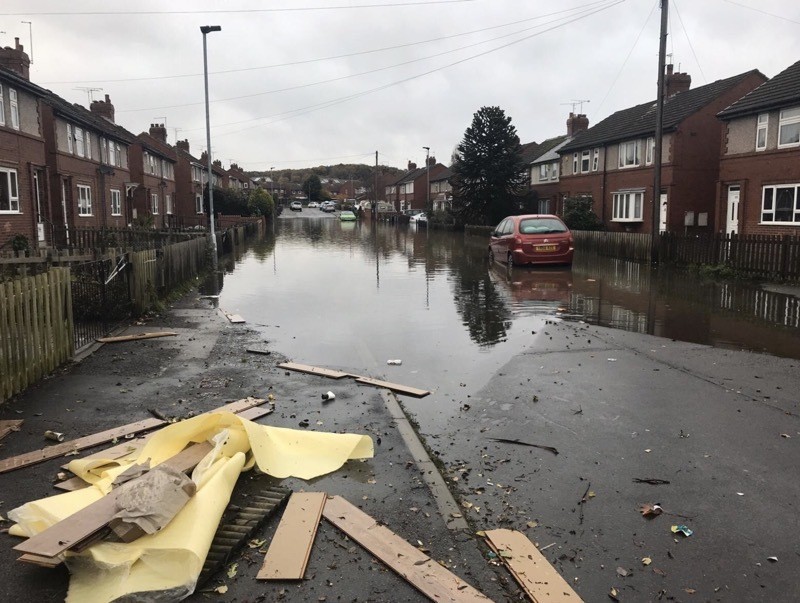 A BARNSLEY MP has urged the government to hastily organise a ‘long overdue’ flood summit to provide guidance for the borough’s residents - after it was revealed dozens of people are still unable to return to their damaged homes.

The MP said the Covid-19 pandemic has halted repair works and left many from the worst-hit areas unable to return home.

“At the time the Prime Minister committed to holding a flood summit, which would bring together local authorities, agencies and central government so that a region-wide flood defence plan could be created,” Stephanie added.

“It’s been over seven months since the Prime Minister committed to holding the summit.

“People in South Yorkshire need assurances their homes and businesses will be protected this winter.

“I will keep campaigning for a flood defence plan that protects our environment, creates jobs and helps with the Covid-19 recovery.”

Residents fear debris - said to be ‘clogging’ waterways with a history of flooding such as the Dearne at Darton and Lundwood and the Dove at Low Valley - could cause a backlog of water which could lead to more flooding during spells of heavy rainfall.

Barnsley Central MP Dan Jarvis has written to Barnsley Council to ask whether it would commit to an independent review of flood management on badly-hit Lang Avenue, in Lundwood, where residents are still unable to return home.

He added: “Barnsley folk did what they do best then, they rallied around and supported those in need. Sadly, there are some residents who are still flooded out of their homes who lost valuable possessions in the floods and who live in a state of constant anxiety about what next winter will bring.

“I’ve pushed the Environment Agency to consider proactive measures to reduce flooding risk, including the dredging of rivers and canals.

“We’ve heard warm words from the government. In the spring budget, the chancellor pledged over £5bn to improve the country’s flood defences.

“But, so far, we’ve not seen the detail nor the level of commitment to what is a vitally important issue for our local communities. Time and again I’ve asked the government, in Parliament, to establish the flooding summit promised to South Yorkshire by the Prime Minister.

“Although energies are, rightly, consumed by responding to the coronavirus crisis, the Prime Minister and his government must stick to their word and deliver the promised summit.”