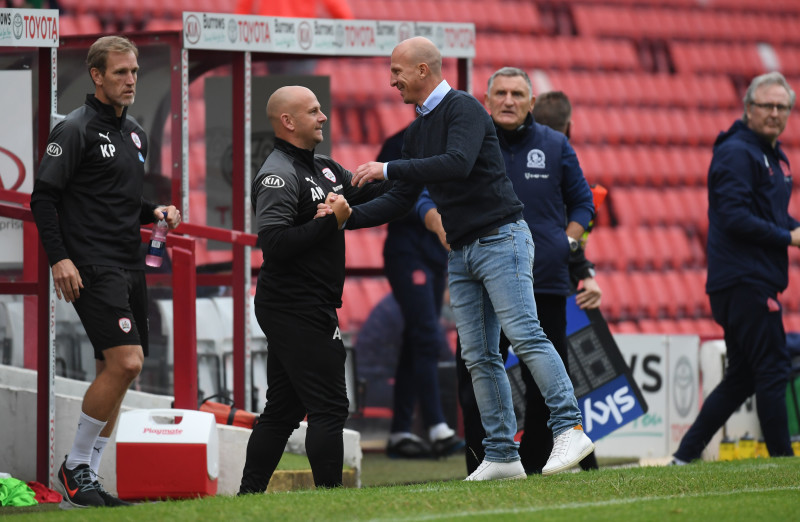 Barnsley coach Adam Murray believes whether Sunday’s visitors Nottingham Forest are guaranteed a play-off place or not will not change the approach of the Reds who will go ‘on the attack' regardless.

Fifth-placed Forest cannot get automatic promotion but could be assured of a play-off place by 3pm on Sunday if Swansea City and Millwall both do not win tomorrow.  If that is the case, with the play-off semi-finals due to take place from the following weekend, manager Sabri Lamouchi may be tempted to make changes and rest players.

Murray told the Chronicle: “It won’t matter to us. We have something that we have to do and that is win the game. Teams go about it in different ways (if they are in the play-offs already), they might play different personnel. But we can’t afford to think about that.”

Murray believes Barnsley, bottom and two points from safety after losing at Leeds United last night, must take the game to the opposition.

“They are efficient. They have a lot of experienced players and Lewis Grabban who has 20 goals. They are a very good counter-attacking team and have an excellent defensive structure. For us, it’s about attacking them and scoring goals. We will be going out to win the game. There will be no holding back. We will be giving everything we have left. It doesn’t really matter who we are playing.  The players are a little bit down after the game yesterday and the difference between the performance and the result. We have no new injuries but a bit of mental scarring."

Defender Michael Sollbauer added: "After we lost last night, it is sometimes hard to say we still believe. But I can say we do. I have no doubts we can bring the same performance like yesterday against Nottingham. They are in the play-offs and bring a lot of quality to Oakwell but I think we can bring the same quality on the pitch and cause them problems. We will give it everything and try to win the game."

The Reds have not conceded at home since the re-start while their three successive clean sheets behind-closed-doors are more than the two they kept in 19 Oakwell games before lockdown.  But they have netted just four goals in their last eight home games while no Championship side has won fewer games on their own turf this season.

Forest went unbeaten through their first four games after lockdown, with two wins and two draws, but then lost 1-0 at home to fellow high-flyers Fulham last week. This week they drew 1-1 at Preston North End on Saturday then 2-2 at home to Swansea on Wednesday, when a win would have put them in the play-offs. Forest are unbeaten in six away games but five have been draws including the last four, with the most recent three ending 1-1.

Only top two Leeds United and West Brom have better away records this season than Forest who have collected 35 points from 22 games on the road. Only the top two have lost fewer games than Forest this season while just the top four have conceded fewer goals. Forest’s back-up goalkeeper is Jordan Smith who played in Barnsley’s 2-0 win at Accrington Stanley on an emergency loan last season.

Their last visit was in 2017 when Ryan Hedges’ 89th-minute winner saw them lose 2-1. Forest won the reverse fixture that season 3-0 in April to help send Barnsley into League One. The Reds have not lost a final home match of a season in five campaigns since a 3-2 defeat to Queens Park Rangers in 2014 when they were already relegated from the Championship.
Last year they won 2-1 at home to Blackpool – the result which eventually secured promotion – and the year before they won 2-0 at home to Brentford in the Championship.   They drew 1-1 at home to Burton Albion in 2017 and 2-2 with Colchester United in 2016 while the 2014/15 season ended with a 5-0 thrashing of Rochdale.

I will watch the games tonight and tomorrow but we know what we have got to do. We will need a bit of luck elsewhere but we need to win football matches.
The whole season has been weird in many aspects so it’s only right that it finishes in a weird many. We don’t know what is going on with Sheffield Wednesday. The Wigan situation is what it is. We can only control the points that we get.

At the moment they are not firing, that is just the way football goes. It’s come at the wrong time for us but we have good players in those positions.  The big story of the season and the main headline is the chances that we’ve missed. We missed a gilt-edged chance at leeds then a minute later we were 1-0 down.