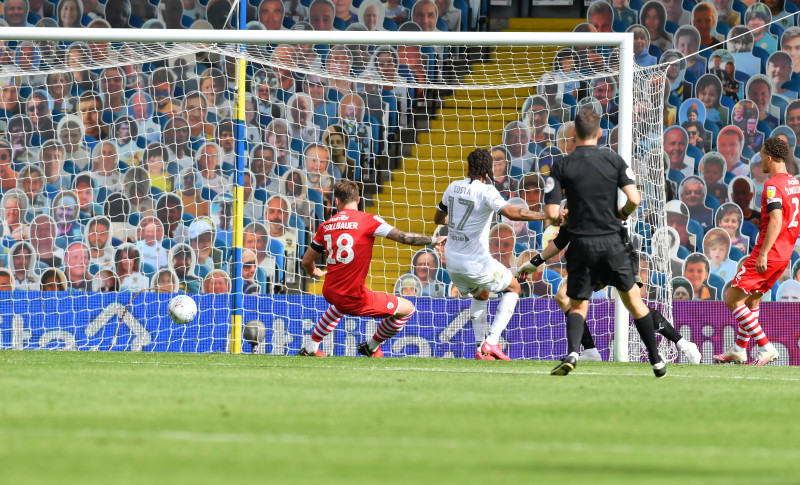 Michael Sollbauer was ‘very upset’ about his own goal at Leeds United on Thursday but says it will not damage his confidence in the final two games of the season.

The Austrian centre-back put through his own net in the 1-0 loss at the league leaders.

He told the Chronicle: “I am very upset and disappointed for myself, the team, the club and the supporters. I am sorry to them.

“I just want to avoid mistake like this. I am an experienced player, but it can happen to everybody. You see it at the highest level, but it still should not be an excuse.

“I just try to find an answer why it happened, but you just have to accept it. Nine times out of ten I will clear out of the box. I failed, but when you fall down it is how you stand up.

“We have no time between the games. I don't want to waste my time thinking about it more. I have been very critical of myself. There is no reason I should be down and lose confidence.

“We stick together as a team if anyobdy makes a mistake. We have a very strong team spirit.  We all make mistakes. When players misses chances, it is similar to myself at Leeds.”

“It was very disappointing result. I think we made a good performance, especially in the second half. I cannot see the difference between the bottom and the top. We had the right attitude, energy and plan from our coaches. We had the chances to score.

“The performances are better than the results. But it is all about the results, especially in our situation. We haven't picked up the points that we need. We have to work harder and to work with more focus.

“You can grow a lot in this situation. We stick together as a team and we are one group in the same direction. The perfomance at Leeds showed that. We still have a chance to survive, but I know it is hard and it is clear we need two victories.”

Fans will return to grounds in October, says Prime Minister Boris Johnson. Sollbauer said: “This would be great to play in front of supporters. It will be really helpful. It has been a little bit strange to play in empty stadiums but it becomes really normal very quickly.”

Sollbauer played his first game of this season on July 27, 2019 for Wolfsberger. He said: “For me personally, it has been a really intense year. We started a year ago and we had the Europa League with a lot of travelling, then I came here with a new challenge and high intensity games in England. There is enough energy in the tank but then I will need time to recover.”
Barnsley took seven points from their first three games after the re-start then lost 4-0 at fellow strugglers Stoke City before draws with Wigan and Luton then the loss in Leeds.

“The game at Stoke was really disappointing. It was completely bad. In the games against Luton and Wigan, the performance was better than the result but we missed chances. We are missing points from those games.”
Asked about his future after this season, Sollbauer said: “My plan is to be a Championship player for Barnsley. We have the chance to do this. I don't have any time to waste on other thoughts. I have a big goal for the next two games. This is the most important thing for right now.”