Biggest match of Struber's career but pressure on Brentford 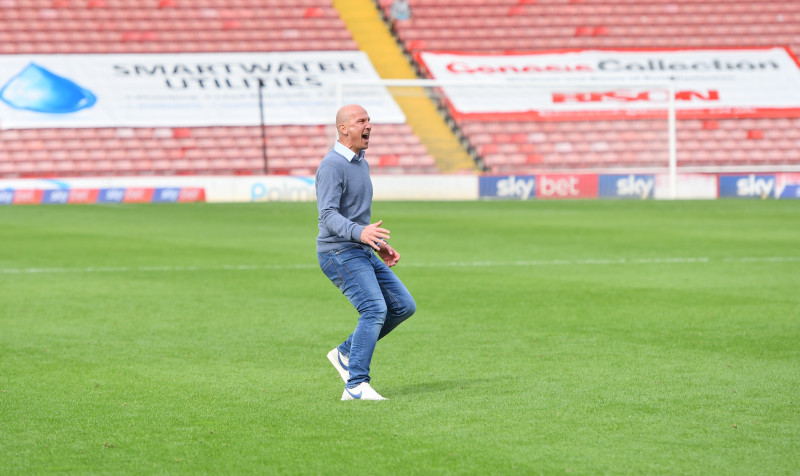 Gerhard Struber says Wednesday’s match at Brentford is the biggest of his career and that the promotion-chasing home team have more pressure on them than his Barnsley side.

The second-bottom Reds need to win the last game of the season and hope that other clubs above them drop points, while third-placed Brentford are battling for automatic promotion with West Brom and Fulham.  Struber’s side were nine points adrift in February, then seven points at the re-start last month and five points before yesterday's win over Forest.

Struber told the Chronicle: “The gap was sometimes big, sometimes smaller, now it’s very small and we have a big chance and we have to take this last chance. I hope everyone is ready. It’s not easy to play against a massive opponent but we can bring a very good performance. We already have big memories from this season but we work for the next big memory.”

He added: “This is game is history. We are looking forward to it. It is the biggest game in my coaching career. It is a tough situation for everyone, and also for me. But I can handle that. We have a big challenge but I like big challenges, and so do my boys.

“Brentford have big pressure, they can go straight up in the Premier League with a win. That is a lot of pressure. We have experience with pressure this season. There is pressure on both teams, but especially Brentford.”

Forward Elliot Simoes is likely to return to the squad tomorrow after injury but Romal Palmer is out. Struber said: “We have had training this morning, everyone is ready and fit. I have had very good feedback from my boys. Elliot Simoes is also ready to play. We have one more medical test tomorrow but, from the training today, he is ready. My medical department has made a brilliant job, he is a big option on Wednesday. It is very helpful for my team. He gives us a good option, especially against this opponent.”

Wigan are set to be deducted 12 points for going into administration, although they have appealed it, while Sheffield Wednesday could also be docked points for breaching financial fair play rules which could plunge them into the bottom three.

Brentford have a formidable front three of Ollie Watkins, Said Benrahma and Bryan Mbuemo who, between them, have more goals than Barnsley this season. Struber said: “We need to play in our style then hopefully Benrahma and his mates do not have much action in this game. We know they have special key players in the offence. Our plan is our style and our game, to play football. This is maybe the difference from other teams in the Championship. We play a completely different style and sometimes it is not so easy to handle this style.

On fans watching from home, Struber said: “I know that many supporters send a big energy for the boys. This is what we need, a good feeling together and side by side. This is very helpful.”