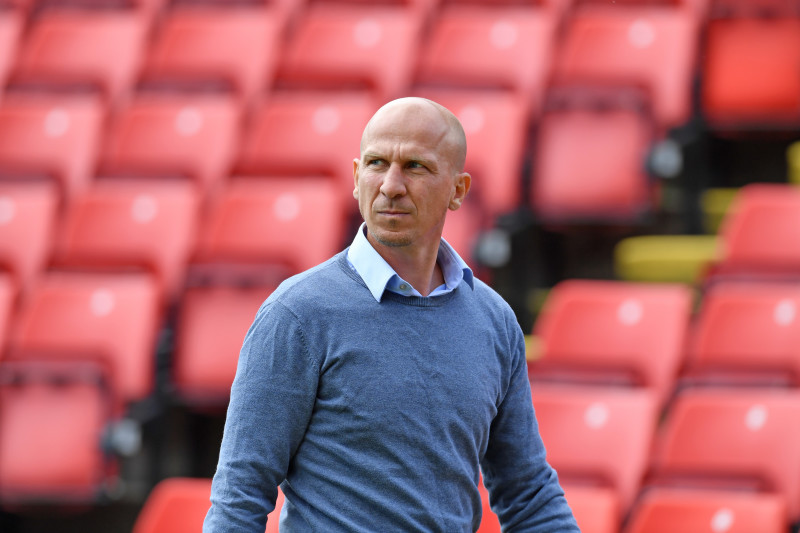 Gerhard Struber will consider his future at Barnsley after tomorrow’s make-or-break game at Brentford but has hinted that he wants to keep working with this team next season.

The Austrian head coach signed a long-term contract in November when the Reds were winless in 16 games and had collected nine points. He has collected 37 points from 29 games, which would have them 14th in the league table during that time, while they have conceded 1.2 goals per game under him compared to 2.1 before he arrived.

Second-bottom Barnsley need to win at third-placed Brentford, who could reach the Premier League, and hope that clubs above them slip up.

Struber told the Chronicle: “My complete energy goes into this game. After that, I will reflect and speak with my family and I am 100 per cent convinced I will make the right decision.

"There is a big togetherness here and we work very close together. For a small club with a small budget, we have many talents in the club and we have developed them into professional players. Many things go in the right direction.

“The team deserves to play in the Championship. It is the right level for our talent. I hope for my team that we stay at this level and that, next season, we have a chance to develop players with more experience. We would play a completely different season. I am 100 per cent convinced that, with this team next year, we would be in a completely different place in the table. That is my big goal.”