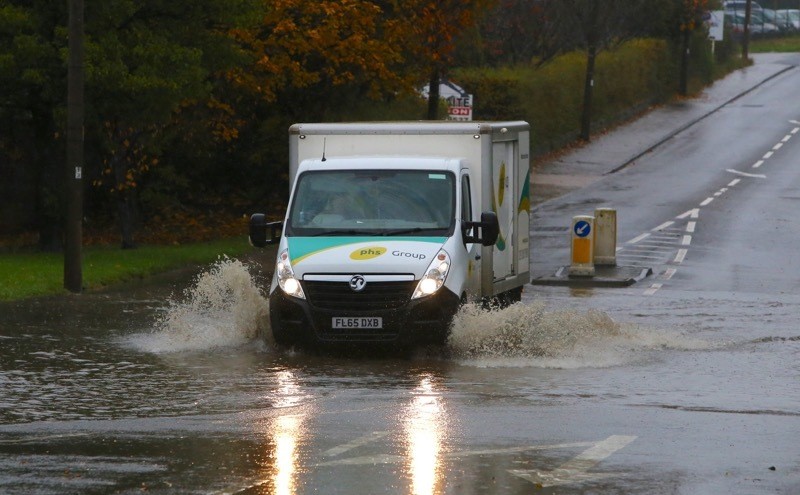 BARNSLEY has missed out on receiving cash from a huge funding pot to protect communities from flooding - despite some residents in the town still being unable to return home months after the last deluge forced them to move.

The measures set out in the government plan promise to be the most comprehensive in a decade having been prompted by last November’s widespread flooding.

It includes investment of £5.2bn to create up to 2,000 new flood defences to better protect 336,000 properties in England by 2027, alongside support to help households and businesses get back on their feet more quickly after flooding.

Although the Upper Don Valley in Sheffield is set to receive £16m, the Chronicle can reveal Barnsley’s flood-hit communities along the River Dearne and Dove - notably Darton, Low Valley and Lundwood - will not receive any government cash for defence work.

The decision has been blasted by Barnsley Central MP Dan Jarvis, who has recently been campaigning with residents on Lang Avenue, Lundwood, whose homes have been hit twice in the last 12 months.

“It is disappointing that Barnsley has not been included in the programme for flood defence investment,” Dan told the Chronicle. “Parts of the borough - including Lundwood, Darton and Low Valley - have been hit hard by severe flooding in recent months and over a number of years.

“I have raised the issue of flooding on Lang Avenue, Lundwood, with Barnsley Council and will continue to campaign to ensure that our communities that have been battered by floods get the support they need and aren’t forgotten by central government.

“While the government’s announcement and investment in nearby Sheffield is welcome, it falls far short of the £270m that our region urgently needs.

“It is also concerning that eight months on from the devastating 2019 floods, we are still waiting for the flooding summit that the Prime Minister committed to and that I have repeatedly pushed for in Parliament.

“I’m calling on the government to do more and to invest in all of our shovel-ready flood protection schemes to protect our region. We need to work to reassure our residents and businesses that everything possible is being done to prevent the devastating floods of 2007 and 2019 happening again.”

While Barnsley Council’s investing a seven-figure sum into its own anti-flood work, leader Sir Steve Houghton said the government’s decision to overlook the town was a blow.

“As ever we never expect to receive anything as we’re regularly overlooked, but what affected residents need to know now is that the council will be doing all we can to help them,” he added.

“While we’ll do that, I also want to urge the government to have a re-think and come back with more money. Barnsley has been hit hard by flooding - we should be treated no differently to anywhere else in the country.”

Malcolm Lister, who owns pub Mill of the Black Monks - which was built in about 1150 with parts dating back to about 700 AD - said he is hitting a brick wall in trying to protect the historic building from future flooding.

“I want something to be done and keep reaching it but it feels like no organisation wants to know - or even cares - about this great piece of Barnsley history,” the 82-year-old added.

“A concrete defence would do the trick - I’m in the later part of my life now but I’m passionate about protecting the building for future generations.

“However, I fear when I’m gone, it will just be left. It’s in a vulnerable position and deserves protection from flooding.”