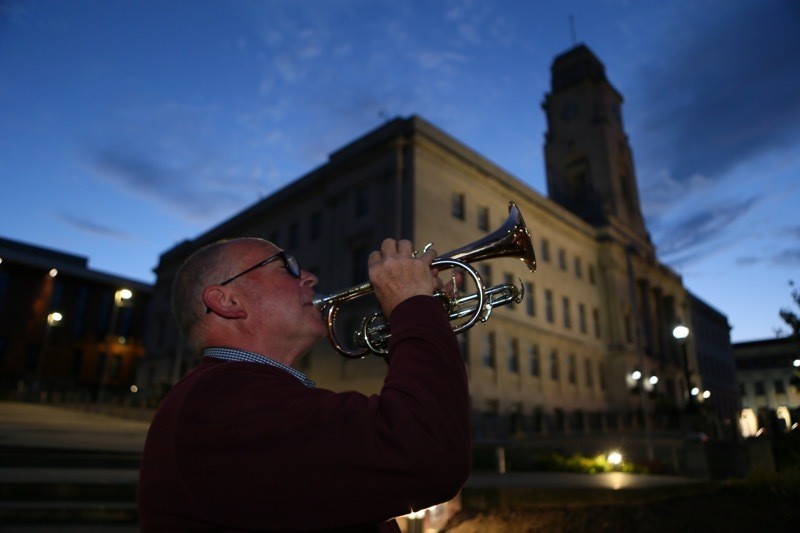 BARNSLEY Football Club completed the ‘Great Escape’ on Wednesday – an occasion John Hopkinson thought was worth trumpeting about...

Barely half an hour after the full-time whistle of the spectacular injury time win over Brentford, John, 68, was outside Barnsley Town Hall, performing The Great Escape theme tune.

The live video of John’s performance shared on the Chronicle’s Facebook page is now on course to be seen more than 100,000 times.

The musician admitted he ‘put it down in his diary in very light pencil’ when the idea was suggested to him by the Chronicle, should the Reds manage the feat.

John, a fan who often plays ‘The Last Post’ at Oakwell, summed it up: “It was amazing, wasn’t it?  “When the second goal went in right at the end, it was a bit of a mad panic to get changed and get my cornet out. It was a bit surreal.

“I’ve done TV and radio broadcasts and performed on the pitch at Oakwell, but I’ve never played that tune on the town hall steps at 10pm.”