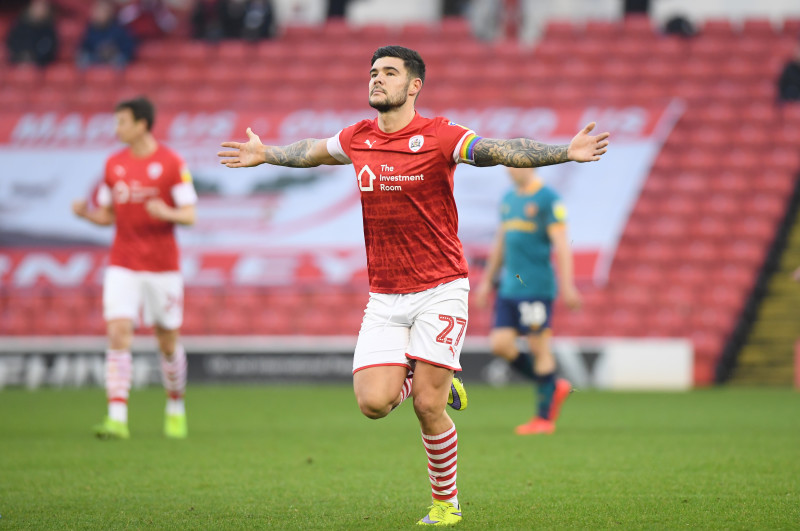 BARNSLEY 3, HULL CITY 1, NOVEMBER 30
The Reds ended a 17-match winless run.  Alex Mowatt netted a fine long-range strike and Mike Bahre got his only Championship goal then, after the visitors replied, Conor Chaplin secured the win and sank to the floor with exhaustion. Hull were 14 points clear of Barnsley at that point and 18 on New Year’s Day but have finished below them.


MILLWALL 1, BARNSLEY 2, DECEMBER 21
The Reds had lost eight and drawn two of their away games this season before Patrick Schmidt headed in the first of two epic 94th-minute winners.   Conor Chaplin got the other goal, a week after his hat-trick in a 5-3 victory over Queens Park Rangers.


FULHAM 0, BARNSLEY 3, FEBRUARY 15
The Reds travelled to high-flying Fulham having collected just a point from their last five games and slipping nine from safety with 14 games to play.    But they deservedly completed a shock double over the London club whose former striker Cauley Woodrow netted twice and Jacob Brown once.    This was arguably the turning point as it was the first of a series clean sheets while they also beat their next two opponents Hull and Middlesbrough.


QPR 0, BARNSLEY 1, JUNE 20
Struber’s side commenced the re-start with a victory which cut the gap to safety from seven to four points and began a superb run to survival.    The head coach surprised with his team, handing a professional debut to Romal Palmer, bringing Jack Walton and Mads Andersen back in and also starting match-winner Elliot Simoes. It worked.


BARNSLEY 2, BLACKBURN 0, JUNE 30
Struber had dropped high-scoring Conor Chaplin to the bench for the re-start but brought him on then, seconds later, saw him head in the opener from a cross by fellow substitute Kilian Ludewig.    Jacob Brown secured a result that, although followed by four winless matches, laid the groundwork for this week’s heroics against Forest and Brentford.