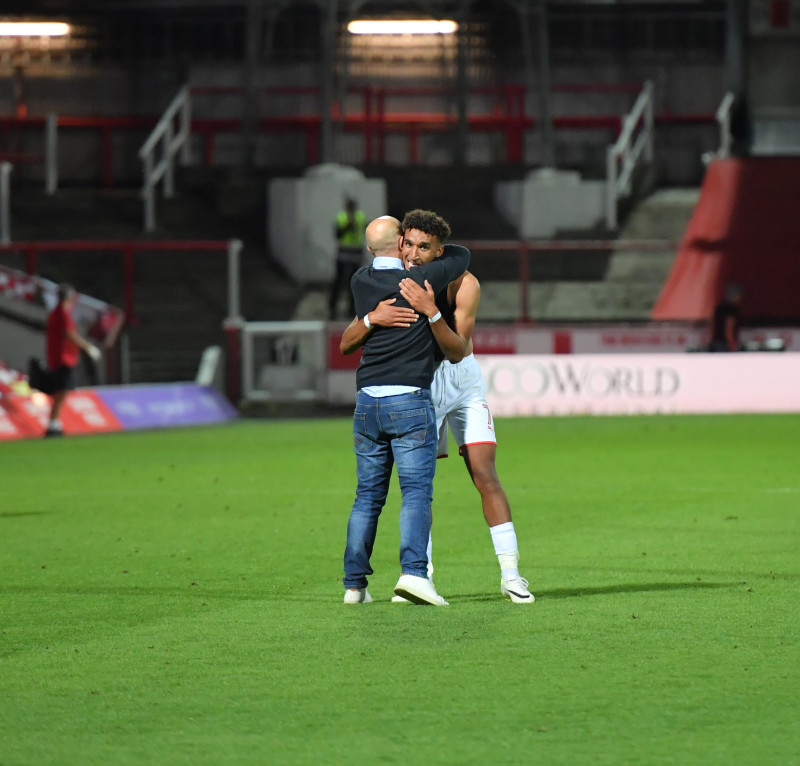 The Reds were nine points adrift in February but stayed up in injury-time in the final match of the campaign.  Brown told the Chronicle: “The fact that everyone doubted us – and I mean everyone – makes it ten times better because we all worked our socks off and we got what we deserved.

“From after lockdown, if you look at some of the results we have got, even the draw at Luton, we wanted the win but we came back to get the draw. We have come back from a lot of knockbacks which shows the fight we have. Even when we went on a streak of not winning, we never gave up.”

Brown is one of several young players who are highly-rated at Oakwell including the scorers in the 2-1 win at Brentford, Callum Styles and Clarke Oduor. He said: “I haven’t got any words to explain Clarkey and Stylesy. They’re just legends. Unbelievable players. We have all matured so much over the season, we are so young and we have this experience now. We’re just going to take it into the future because we’ve done unbelievably well. We can be a lot higher in the table next season.  Hopefully we can just keep this team together and kick on.”

The striker started 39 Championship games this season and scored three goals, while registering nine assists.  The 22-year-old said: “I have learned a lot. A lot of people have said that I have not scored enough goals but, at the end of the day, we have done it. We have stayed up. I will take that. If I don’t score and we do well as a team, that is how it is. I work my socks off in every game. Things like that don’t matter. It was only my first season as a striker. I am learning and trying to improve every day.”