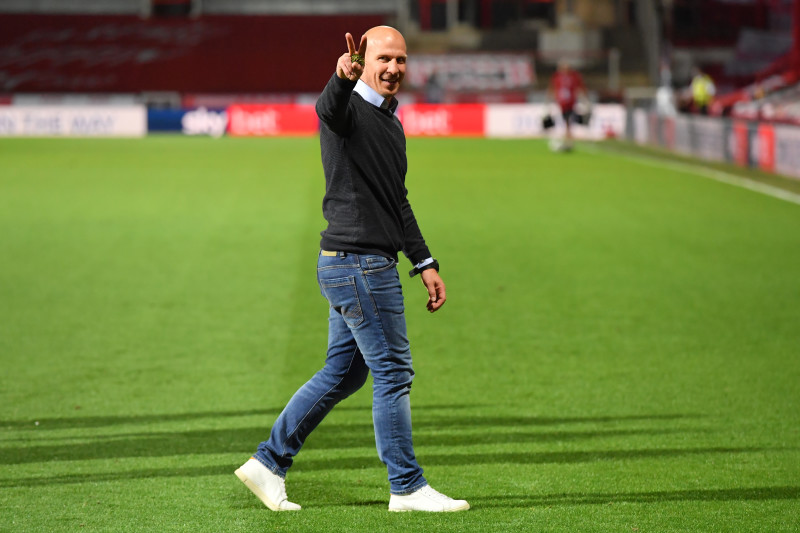 Barnsley believe they are safe from relegation, despite Wigan Athletic’s appeal, while they are now focusing on keeping head coach Gerhard Struber and his star players for next season.

The Reds stayed up in incredible fashion on Wednesday, with a 2-1 win at promotion-chasing Brentford thanks to substitute Clarke Oduor’s 91st-minute goal. They finished 21st, above Wigan who have appealed against their 12-point deduction for going into administration this month and, if they are successful, they will stay up and the Reds will be sent to League One.

Wigan’s case is ongoing as is that of Sheffield Wednesday who finished seven points clear of the Reds but may also be docked points for breaching financial fair play rules. Head coach Struber said ‘we are definitely safe’ when asked about Wigan’s appeal and the Chronicle understands the Reds are fully expecting to play Championship football from September, when the 2020/21 campaign is likely to start.

The players are due to have around a month off before returning for a month’s pre-season, although the exact dates are yet to be set. The government announced last Friday that fans are likely to be allowed back into stadiums, in lower numbers, from October.

Meanwhile, Austrian Struber returned to his family home in Salzburg yesterday, having collected 40 points from 30 games after being appointed in November with the Reds on a 15-match winless run. He signed a long-term contract but has said that he will now take a holiday with his family and discuss his future with them.

Striker Jacob Brown told the Chronicle that all the players want Struber to stay.  He said: “He has made a massive impact, you can see that by the stats and the table since he’s been here. He’s just brought such a good vibe to the team. Everyone has bought into it and we’ve reaped the rewards.

“I 100 per cent hope he stays for next season. I think everyone does. You have seen how well we’ve all done and we just want to take this into next season.”

After the game at Brentford, Struber said: “I have a contract in Barnsley. To stay here for my boys, it’s the right thing. “I have no words for my feelings. I am so proud of my boys. We fought so hard and made a brilliant game against a big opponent.

“I am very, very happy. I say thank you to the supporters for the big energy, now it is time to celebrate and make a big party before we think about the future. We celebrate in the here and now. Then I will sleep for a week.”

Before Wednesday’s match at Brentford, Struber told the Chronicle: “There is a big togetherness here and we work very close together. For a small club with a small budget, we have many talents in the club and we have developed them into professional players. Many things go in the right direction.

“The team deserves to play in the Championship. It is the right level for our talent. I hope that, next season, we have a chance to develop players with more experience. We would play a completely different season. I am 100 per cent convinced that, with this team next year, we would be in a completely different place in the table. That is my big goal.”

The EFL transfer window is due to open on Monday. The window closes on October 5, but will remain open for domestic deals until October 16.

Although the Reds have been hit hard by the coronavirus crisis, like most clubs, they have been boosted by the sale of more than 7,000 season tickets as well as the extra £7million Championship clubs receive compared to League One clubs.  The only player definitely not contracted to Barnsley into next season is German full-back Kilian Ludewig who has been on loan from Red Bull Salzburg.

Players such as captain Alex Mowatt, top-scorers Conor Chaplin and Cauley Woodrow and Brown are all expected to attract interest from other clubs.  Mowatt has a year remaining on his contract, which the Reds are hoping to extend, while Woodrow and Brown are contracted until 2022 and Chaplin the following year.