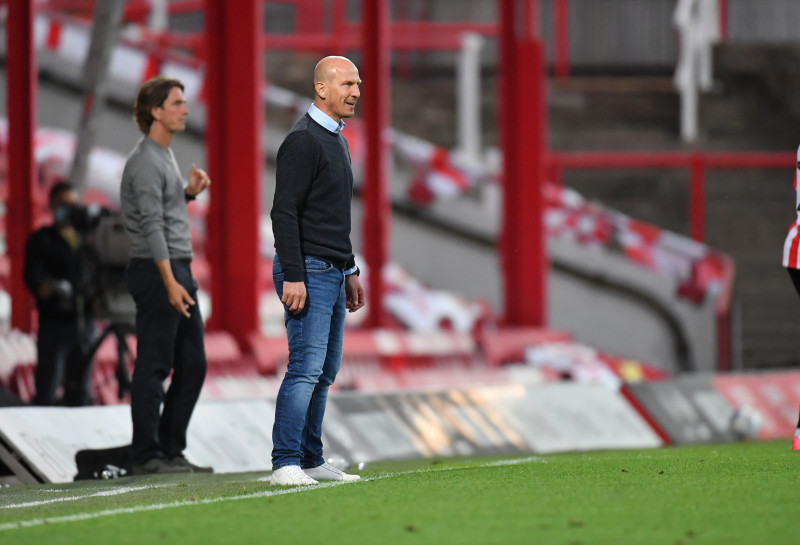 Barnsley expect Gerhard Struber to be their head coach for next season despite interest from Watford and other clubs.

The managerless Hornets, relegated from the Premier League this week, have approached the Austrian, who is allegedly interested in the role, as well as other candidates, according to The Athletic. Struber is understood to have a release clause in his contract but that has not been met yet. It is also claimed that another Championship club and two Dutch clubs are interested in the 43-year-old who kept the Reds in the Championship in dramatic fashion.

Struber told the Chronicle last week he would like to continue working with this Barnsley team, but he wanted to take some time to reflect with his family while chief executive Dane Murphy admits other clubs may be looking at him after he collected 40 points from 30 games.  Asked if Struber – who has been nominated for Championship Manager of the Month – would be Barnsley’s head coach at the start of the next season, Murphy told the Chronicle: “Yes.  Gerhard is our leader. He and his staff showed that, when you put the work in and believe, anything can be accomplished.

"He is on a multi-year contract. He can’t wait to come back and work with this group.  We can’t wait to have him back. He came in in November to a country where it wasn’t his first language, in a league that he had never worked in with most of the staff that he didn’t know, and then we were in a pandemic with his wife and two young children in another country. He has just come off the high of the great escape so he deserves some time to reflect. We are willing to allow any time he needs but we have no doubt he’s coming back.”

The 2020/21 season is set to begin on September 12 and end on May 9.  The Chronicle understands the Reds will have a month for pre-season training so are due to return in mid-August, having had three and a half weeks off. Wigan Athletic’s appeal against their 12-point deduction for going into administration is due to be heard today.

The Reds issued a strongly-worded statement criticising the EFL and citing ‘a blatant disregard for sporting/competitive integrity and the lack of governance in our division.’  That refers to the charges of breaching financial fair play rules against Sheffield Wednesday and Derby County which were brought much earlier in the season but those cases are yet to be concluded.

Murphy told the Chronicle: “We will fight for our club, our fans and our players by all means necessary. It’s not Barnsley against the EFL, it’s us wanting to work in tandem with the EFL and its members to improve the guidelines in which we are all competing.  I think that the product of the league diminishes when you don’t have adherence to rules or penalties that are levied in a time in which the other members of the league can operate under the understanding of what is going on and what their position is. We are just shining a light on the fact that there are clubs within the EFL who believe there needs to be systemic change.

“We want to work with the EFL, not against them. Clarity is a big issue and so is the fact that, once a charge has been placed, there needs to be a timeframe for a decision and some idea of what those charges bring with them. It’s too much of a guessing game. There is too much doubt for the members. That needs to be eliminated.”