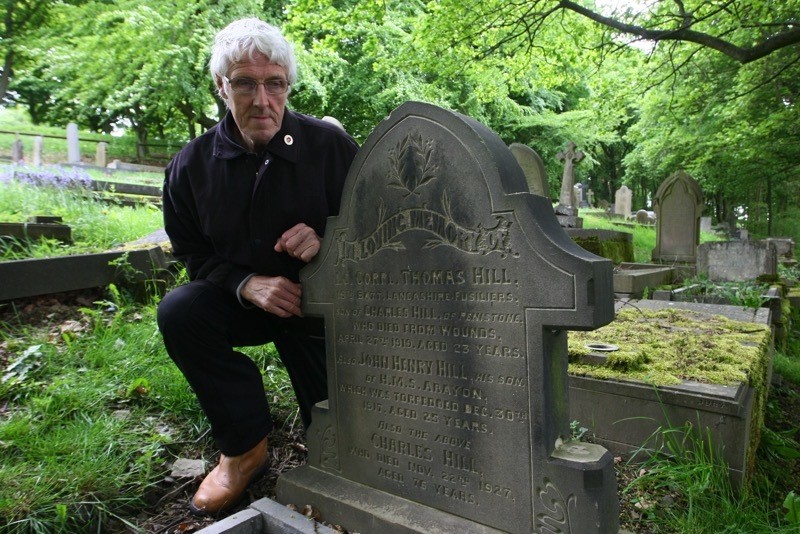 HEROES of a ‘forgotten army’ are set to be honoured in Penistone this month.

A determined and pioneering campaign is paying off and plans to mark VJ75 are pretty much in place.

The tribute is largely down to military campaigner Joe Pinguey who is anxious to spotlight the sacrifice of those who served in the Far East in the final weeks of the Second World War and in particular the Burma campaign.

These men are often referred to as having served in ‘the forgotten army’ as this part of the war raged on after victory in Europe.

With help from others, he has produced a 44-page booklet for a commemoration event he hopes will be able to go ahead on August 15 to mark the 75th anniversary of Victory over Japan.

A special scroll bearing the names of Penistone men who served in the conflict has also been printed and the booklet has been sent to the pageantmaster of VJ75, Bruno Peek.

Joe has compiled a roll of honour of local servicemen who were involved in the Far East struggle.

“This is our first ever attempt at such a project,” he said. “I am just hoping the ceremony can go ahead in view of coronavirus restrictions.”

A memorial plaque in the parish church garden will be the focal point of the day. This bears the name of Harold Webster, who served in the Pacific with the Royal Navy.

On the day, wreaths will be laid at the memorial with the support of Terrence Whittles CBE, a former national chairman of the British Legion.

“Mr Whittles has always supported my events,” said Joe. “And the small gathering will also be attended by another Navy veteran who served in the Falklands. All being, well, it will all go ahead.”

Disappointed that events to pay tribute to VE75 Day in May were cancelled due to the lockdown, Joe has been working flat out to ensure some kind of commemoration goes ahead in Penistone in August.

With the help of Marlene Marshall of Penistone Archives, he is appealing for any veterans’ relatives in the Penistone community and surrounding areas to make contact. “I would like them to get in touch if they had a relative who served with the ‘Forgotten Army’ and the Burma Campaign during the Second World War,” said Joe.

So far he has had more than a dozen stories from the time. One concerns two 19-year-old signalmen from Penistone.

“They were both serving on two different ships in the Pacific in 1942 and were involved in a sea battle with the Japanese off the Java coast,” said Joe. “Both ships were sunk with no survivors.”

One of the men - Douglas Somerfield Higginson - is named on Penistone’s war memorial. But the other - Donald Coldwell - is not. And Joe is appealing for any information about this.

Also, with the help of resident Jack Briggs and funding from Ward Alliance Barnsley, Joe has designed a dual-purpose VE-VJ woven flag which is being produced by Flagmakers near Chesterfield and which will be displayed on the ceremonial flagpole at Penistone Grammar School on appropriate dates every year.

And if he can get some VJ memorabilia, the war memorial will be decorated again for VJ75 Day on Saturday, August 15.

“I will do my utmost to carry on supporting such anniversaries as the veterans of such events are diminishing every year,” said Joe.