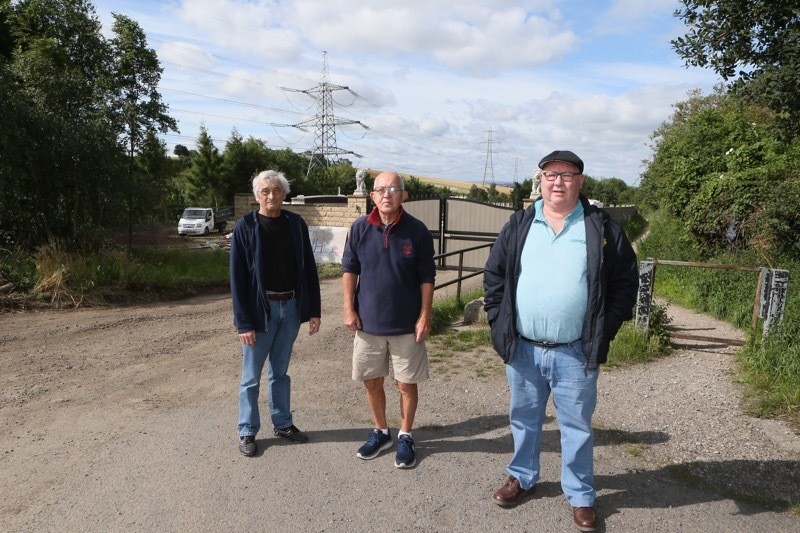 LEGAL action is being stepped up by Barnsley Council following a dispute over green belt land which is at the centre of an unlawful development, the Chronicle can reveal.

Work on the land, off Sandy Bridge Lane in Shafton, started last year according to residents which they say includes the positioning of caravans, the removal of fencing along the Trans Pennine Trail’s boundary and the creation of a ‘vehicle-related dismantling yard’.

The matter - long discussed by Shafton Parish Council before the coronavirus crisis halted its monthly meetings - saw Barnsley Council planning bosses discuss the local authority’s next steps as a result of the complaints.

The site’s owner had been given an enforcement notice, which instructed him to return to land to its previous state - something which has not been done, according to Coun Tim Cheetham.

Enforcement action had initially been delayed due to an appeal being lodged with the planning inspectorate by the site’s owner, something which was dismissed, but further setbacks were caused by the lockdown period.

Coun Cheetham, cabinet spokesperson for regeneration and culture, added: “A planning enforcement notice and stop notice were issued because the owner wanted to change the use of the land.

“An appeal was dismissed on November 19 last year with additional time to comply with the notice by February 19.

“Unfortunately, due to Covid-19 and the closure of the courts, the council was unable to take action sooner.

’The requirements of the notice are still outstanding, so the local authority is now seeking legal action to ensure the notice is observed.”

According to planning inspector Elaine Gray’s report, a site visit was carried out on October 8 last year and a direction was issued the following month which instructed the owner to return the site to its previous state.

The report added: “The breach of planning control as alleged in the notice is without planning permission, the material change of use of the land to use for the residential occupation of caravans and the storage of caravans and vehicles relating to a recovery business, the laying of hardstandings and services for the caravans.

“The area in which the appeal site is located is open countryside, and is predominantly agricultural in character. The appellant states the site was used in the past for dumping landfill material, and that planning permission was granted for this use.

“Prior to his acquisition of the site, the land was untidy, with large amounts of dumped material.

“With regard to the vehicle recovery business, the appellant states that it has only been on rare occasions that one of those vehicles has been parked within the security of the appeal site.

“As a general rule, all vehicles that are collected for customers are delivered straight to the customers own property or to a garage if they are in need of repair.

“Drawing these factors together, I am satisfied that the development harms the openness and visual amenity of the green belt.

“I have no doubt that the appellant has invested time and money into the development of the site. He states that he has removed a significant amount of the previously-dumped material, restored the rear part of the site for grazing, and replaced a boundary fence to the north of the site with a wall.

“Improvements have been made in terms access to and egress from the site. The appellant also contends that the site is extremely poor in terms of its quality as agricultural land. However, none of these factors outweigh the harm I have identified.

“The land must also be restored to its previous condition prior to the breach.”

Shafton Parish Council chairman Dave North backed Barnsley Council’s intervention and told the Chronicle that multiple complaints had been received about the site.

He added: “It’s been going on for a few years now and it’s unlawful, so to carry on developing the site is completely unacceptable, especially when you consider it’s positioning.

“Trees have been cut down and it’s been levelled - we’re hopeful now that coronavirus restrictions are easing, this will be put right as soon as possible.”