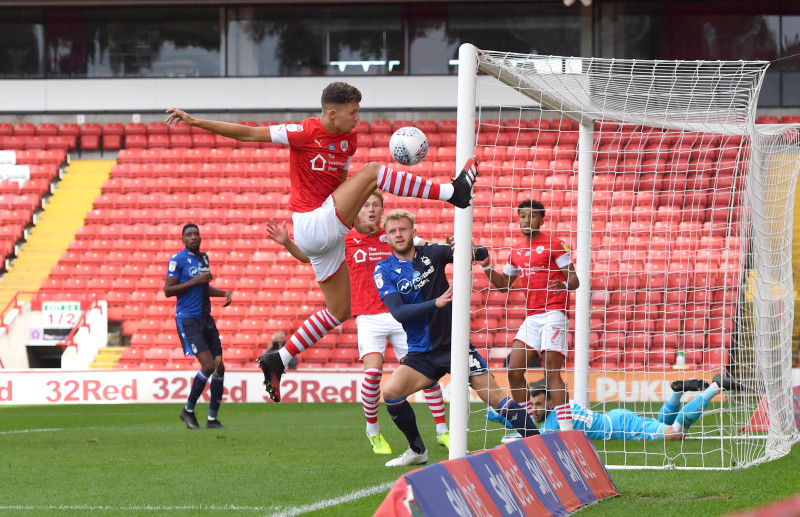 The last month has been ‘surreal but brilliant’ for Matty Wolfe who made his professional debut after years of injury problems, helped Barnsley stay up in dramatic fashion and has now extended his contract until 2022.

The 20-year-old central midfielder from Wakefield, who joined the Oakwell academy at the age of nine, made his debut in the final home game of the season against Nottingham Forest. The Reds needed to win to have chance of survival and would have been relegated had Patrick Schmidt not scored in the 94th minute, from a Wolfe assist, before another injury-time goal three days later at Brentford kept Gerhard Struber’s side up.

Wolfe, who came on at 0-0 midway through the second half against Forest, told the Chronicle: “It felt surreal to finally get my debut after waiting so long. When the gaffer shouted me over, I thought I was hearing things. Then the adrenaline kicked in, and someone gave me a shot of energy drink – I don’t know what it was or who gave it to me. I just downed it.

“Luckily, we got the goal and we won the game. I got a touch for the goal then Patrick put it in which was unbelievable. It still doesn’t feel real. Then Brentford was another amazing night. It’s hard to describe after seeing the lads work so hard all season then get what they deserved.”

Barnsley would have still been relegated if Wigan Athletic’s appeal against their 12-point deduction had been successful, but it was rejected on Tuesday. Wolfe said: “We definitely thought we would stay up. We knew we had to win the last two games to stay up and we did that. Everyone had a gut feeling we would be safe and it never felt like it wasn’t going to go our way.”

Wolfe is one of several young midfielders vying for a place in the first team for next season along with Romal Palmer, 21, as well as Callum Styles, 20, and Clarke Oduor, 21, who have both mainly played on the left but see themselves as central midfielders.

“There is so much competition, and it’s great. Mally, Clarkey, Stylesy – they are all great players. It’s brilliant to train with them. The stuff they do in training is just ridiculous. As young lads, we are like a little team who all kick each other on.

“It’s a quality club, it always has been for bringing young ones through. You go in every day and you are in a very young team that are all together and very close. You just feel like you are having a kickabout with your mates but, at the same time, it is very intense and everyone is working very hard with no slackers. “Personally, I like to get the ball and drive with it.

“I like to put myself about and win headers and get goals. I like to think I can get in the box in the right place at the right time and get on the end of things. I have had a lot of chats with the gaffer about tactical side because I missed a lot of the season. I need to learn when to press and when to stay but I am sure that will come with more experience.”

Wolfe was delighted to pen the new deal until 2022, especially after suffering with chronic back issues.  He said: “I am buzzing.  “It shows the club has still got faith in me after all these years and my injury problems. I am just buzzing to kick on for next season.”