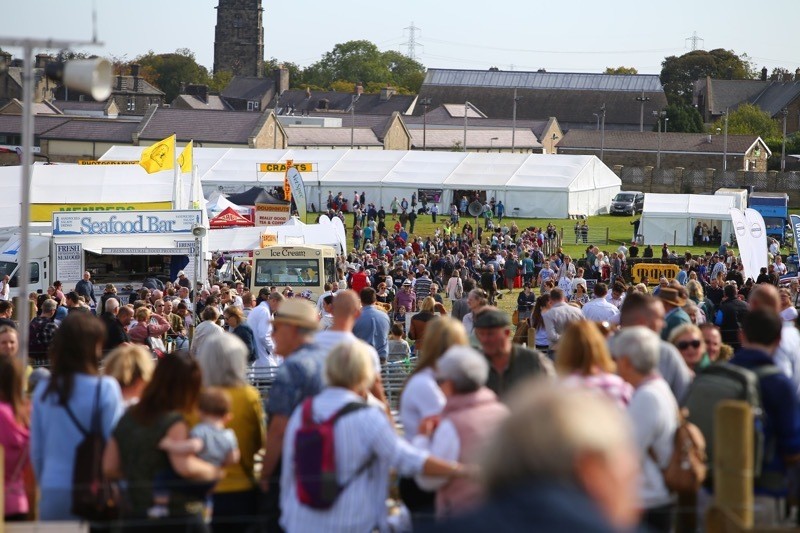 PENISTONE Show - the area's flagship event - has been cancelled for this year.

Last-minute negotiations between organisers and Barnsley Council failed to save the day for what would have been the 148th show.

Even a scaled-down version has proved to be impossible.

Show manager Nicholas Hoyland said: "Let's hope that 2021 is a much more favourable year and that things move towards something nearer to normal."

Town mayor Steve Webber said that while he is disappointed the show has been called off, he feels the decision is the right one.

The Penistone Agricultural Society team has been constantly reviewing updated regulations as lockdown has been slowly lifted across the country.

"We had thought that while our traditional show couldn't go ahead, we could at least have put on a small family, ticket-only event for the local community," said Mr Hoyland. "This is something which has been done in recent weeks within the new guidelines across other areas of the country by other societies.

"It is, however, with real regret that the decision has been made that we cannot go ahead in any format this year. No events are to be allowed in the area for the foreseeable future."

Organisers will be in contact with traders who had booked space for this year and who were still hoping that an event of some kind could still take place.

"We would also like to thank our many visitors who have also been asking if our show is going ahead," he said.

Talks between the borough council and organisers went 'beyond the 11th hour' in a bid to save the show and a decision was delayed in last-ditch attempts to rescue the annual event - one of the biggest one-day agricultural shows in the country.

"Everything possible was done to prepare for the show going ahead," said Mr Hoyland. “That meant negotiating flexible deals with contractors who supply the infrastructure to create the showground and an acceptance that any event this year would have to be ticket only, with no admissions on the gate.

“We thought it was only fair to give it our best shot. A lot of events were cancelled early and we said we would take it to the wire to give it the best chance. We have given it two and a half months longer than we normally would.”

The team had been in regular talks with Barnsley Council and many issues had been ironed out, he said, but final approval was still needed for a licence to be issued which would allow the show to proceed.

Coun Webber said: "I'm as disappointed as most people will be to lose such a well-known and well-attended local event.

"There has obviously been so much background work done since last year that I feel really sorry for the society for all the hard work they've done to date, only to have to cancel the event.

"However, I think the cancellation is the right and responsible thing to do and I know that next year the event will be as well-received, well-supported and well-organised as in years gone by."