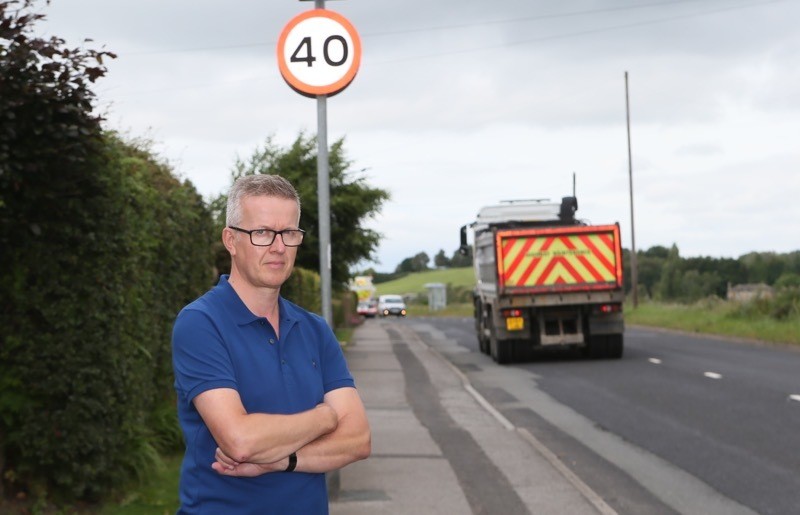 A COUNCILLOR has hit out against the local authority’s leaders after his road safety proposal was dismissed in just 18 seconds – stating they don’t take road safety ‘seriously enough’.

Coun Steve Hunt, who represents the Darton East ward, aimed to lower the speed limit on Staincross Common and Windhill Lane to 30mph following concerns of the high amounts of speeding vehicles in those areas – a problem he says features more than any other in his ward.

Coun Sharon Howard, of Darton West, claimed the only reason someone would get involved with the petition was for ‘political gain’.

“When the answer comes back as a ‘no’, it can be hard to deliver that to our residents, but we’ve had to do that for a number of years now and we’ve got used to having to say no to residents because of the budget we’ve been given.

“Starting a petition when you’ve been given the answer gives false hope to residents.

“These petitions are being used simply for political gain and once you use residents in this way, they’ll find you out eventually and they lose trust in their local members, so just be careful.”

Coun Hunt stated the reason he is involved with the petition from the public is due to the ‘weight of opinion’ in favour of road safety in the area and he believes the council don’t take road safety as seriously as neighbouring councils do.

He said: “The petition itself was in response to many concerns that residents have – I get more people getting in touch with me about road safety issues than any others.

“I felt that there was such a weight of opinion in that area of the ward that a petition would help rise it up the council’s priority list.”

The petition received around 300 signatures from members of the Darton East ward as they feel a speed limit reduction needs to be in place to protect residents of that area.

“The petition is something that the residents feel passionate about – they were disappointed.”

He added: “The council always welcomes petitions and always gives due consideration to each and every one of them.

“Whether a petition takes ten seconds or ten minutes at cabinet, petitions get dealt with through the appropriate departments – that doesn’t take 18 seconds, it can take 18 days or 18 weeks.

“Let me assure the public that any petition will be given appropriate consideration.

“Barnsley’s highways department takes safety as seriously as any council in the country and for people to suggest otherwise is ridiculous.”