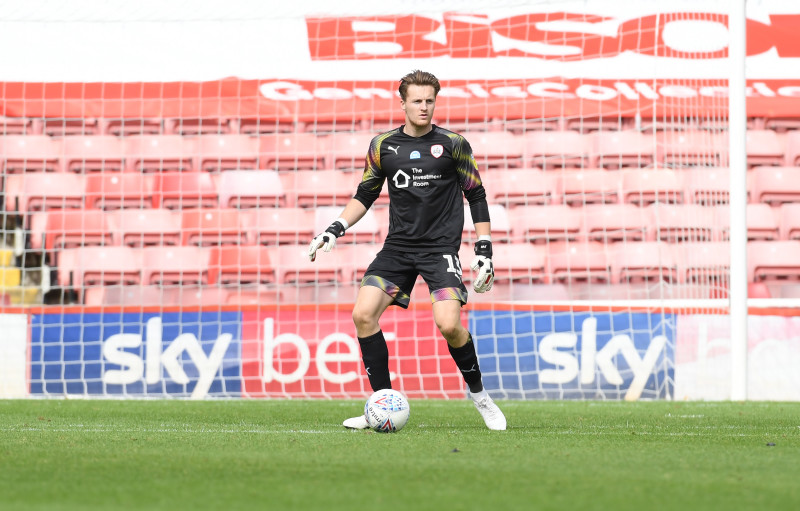 Jack Walton is delighted to have signed a new contract with Barnsley until 2023 but expects a battle with fellow goalkeeper Brad Collins for the number one spot in 2020/21.

The 22-year-old has signed a three-year extension to his deal which was due to expire next year.   Walton, who has been with the Reds for seven years, had been third choice for most of last season but played all nine of the games after the re-start and kept five clean sheets as Barnsley stayed up in dramatic fashion.

He told the Chronicle: “I am really happy to secure my future with the club. It is a great way to top off the finish of last season and now I am raring to go for the new season. I just want to try and secure that number one spot. I want to kick on even more this season and try to play as many games as possible.”

The former number one Sami Radlinger left the club when his contract expired at the end of June so 23-year-old Collins, who signed last summer, will be Walton’s main competition. Walton said: “Brad is a really good mate and very good goalkeeper. His performances this season have been excellent. At Fulham he made about nine saves and kept a clean sheet – that shows how good he is.

“I am looking forward to a good battle against him which I think you need as a goalkeeper. We are two young goalkeepers and we will both push each other and get the best out of each other. It’s a new season and a blank canvas. Whoever performs the best in training will play. For me, I want to play the games and be Barnsley’s number one going forward.”