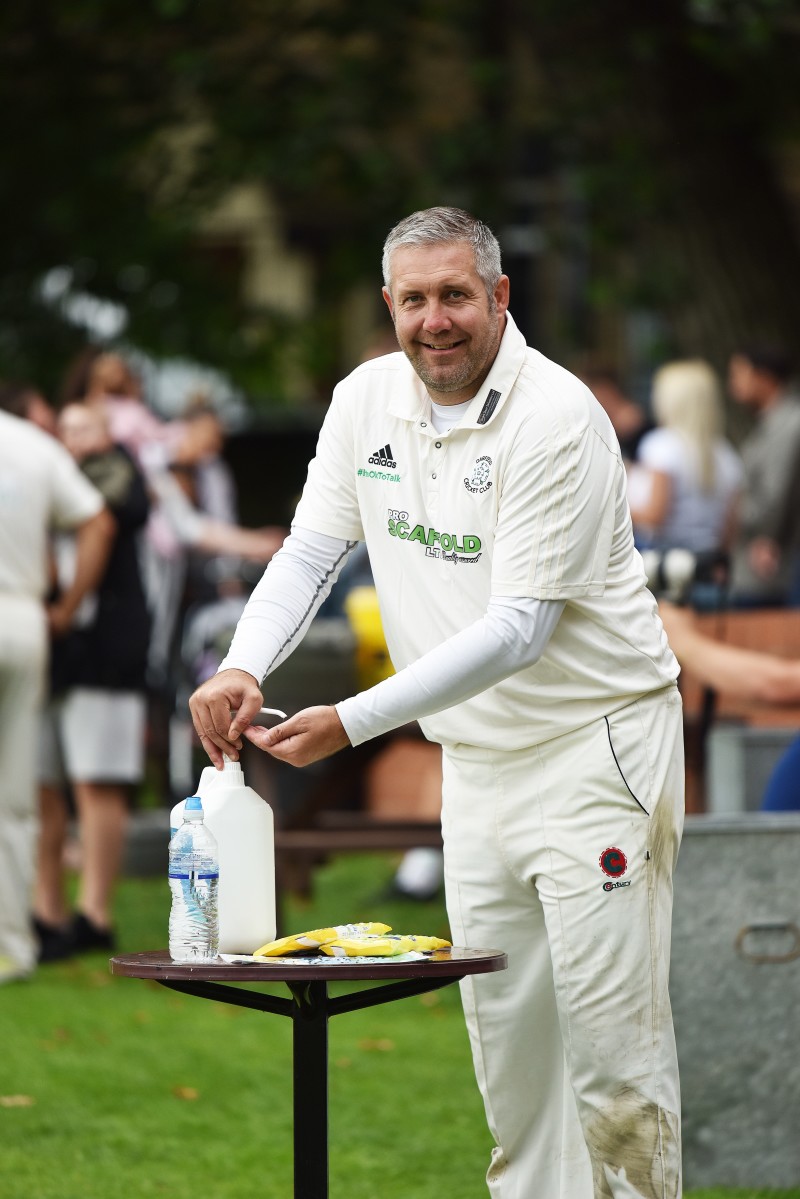 Jon Parkin smashed his first century in senior cricket on Saturday but concedes his hometown club Barnsley’s final day survival in the Championship is still the better sporting achievement.

The 38-year-old from Darfield, who played 13 games for the Reds before moving on to a successful career with the likes of Hull City, Stoke City and Preston North End, blasted 124 in Darfield 2nd XI’s loss at Upper Haugh in Division Five of the South Yorkshire Cricket League. Parkin, who has played for Darfield throughout his life, said: “It was a good knock. I woke up on Monday morning, and I was absolutely stiff as a board.  There weren’t too many quick singles.

"I just go in and lash it, to be fair. Sometimes it works, sometimes it doesn’t. It was my day. It’s probably the most sensible innings I’ve ever played because we kept losing wickets so I had to be a little bit sensible which I might have to do more often. “I have always played a couple of games a season for Darfield, whenever I could over the summer, even when I was playing football. I retired last year so I have been playing cricket pretty much every week.”

Parkin is part of the successful football podcast Undr The Cosh, along with his former Preston team-mate Chris Brown. They held a live streaming event on YouTube for the final day of the Championship season, on which Barnsley beat Brentford in injury-time to survive after spending 311 days in the relegation zone.

Parkin said: “It was sensational. They have done incredibly well. They have had a little bit of luck with Wigan (going into administration and losing 12 points) but, if you break the rules, you get punished. All the clubs knew the rules before the season started.  Before the re-start, I thought Barnsley were dead and buried with no chance but it’s fantastic that they stayed up. I just hope they can build on it now and try to finish in mid-table so that every season isn’t just a scrap to stay up.”

The podcast sees Parkin and his fellow hosts interview a former footballer every week. He said: “It’s going well. We had a live tour booked but we’ve had to cancel that. We’ve kept doing the podcast all the way through on Zoom. The bigger it gets, the more easy it is to get guests on because they have all heard about it.

“We have done a spin-off called Undr The Cosh and Friends during lockdown. We have had people from different backgrounds like David Lloyd, Michael Vaughan, Rick Witter and Robbie Williams who came on for an hour and a half which was a bit surreal. It’s just really good fun.”