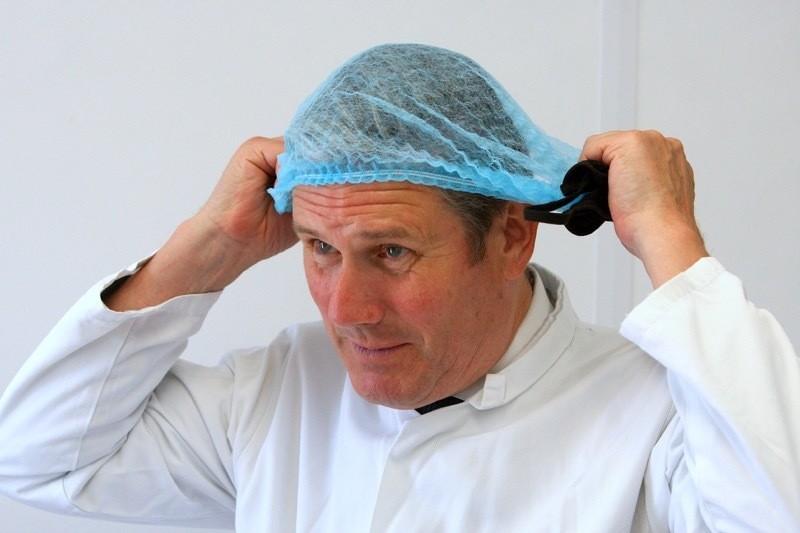 THE leader of the Labour Party visited a bakery in Mapplewell that was ‘going off a cliff’ during lockdown in his first official visit to Yorkshire since taking over from Jeremy Corbyn.

Sir Keir Starmer visited the Foster’s Bakery site on Wednesday and spoke to its owner, John Foster, about how the ongoing global pandemic has affected business.

Visiting on the day the government announced the country was experiencing an economic recession, Mr Starmer said he was keen to help businesses remain open in the long run.

He said: “It was fascinating to speak to John about the challenges he has faced during the lockdown months.

“The business was effectively going off a cliff because the hospitality trade had all but ceased to exist.

“My concern is that the government wants to end all support at the same time which I believe will cause more problems than it will solve.

“The bakery is dependent on hospitality and I feel we need to keep industries going to ensure jobs and business.”

The leader revealed he was worried about the news of the recession, and wanted to push the government to be ‘flexible’ in the coming months.

“Some businesses are returning to normal and some aren’t, we need flexibility from the government to ensure that good businesses remain open.”

Foster’s Bakery was established in 1952 by Emily Foster and throughout the past 68 years, the business has grown to export food across the globe and to restaurants.

John, who runs the bakery, spoke about how the company has been affected by the lockdown restrictions.

“When lockdown hit the business basically ground to a halt in three days,” he told the Chronicle. “We had people returning their orders because they didn’t have the customers and we had others who couldn’t pay for an order they had received.

“It was great having Mr Starmer here and to feel that we are being listened to about what’s happening in our industry.”

Barnsley Central MP and Sheffield City Region Mayor, Dan Jarvis, said the visit was a ‘step in the right direction’ for the Labour Party - which had its worst night in the town in recent history during the last general election - as a whole.

“I was delighted to welcome him to Barnsley,” Dan added. “I think it is important that he visits places in the town to find out how they have been affected throughout the past four months.

“Businesses like Foster’s have had their challenges but I feel that steps have been taken in the right direction to begin to help local businesses amid the current economy.”