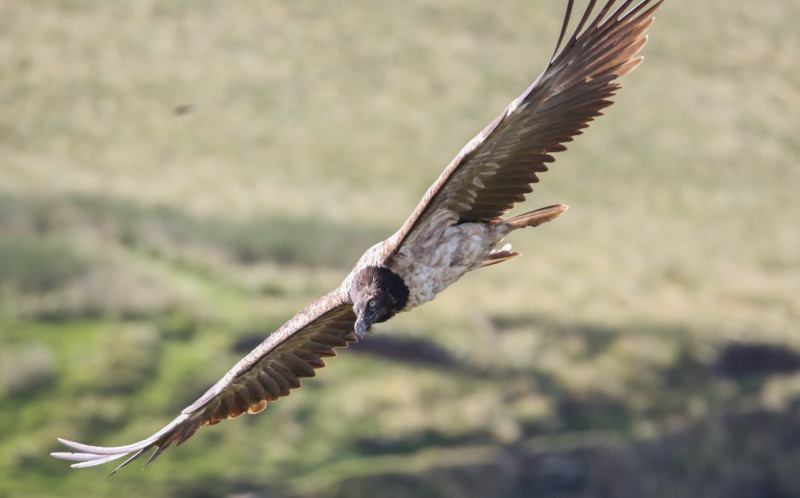 A SIGHTING of one of Europe’s rarest birds of prey has resulted in a surge of bird-watchers flocking to Barnsley’s rural countryside - just weeks after peregrine falcons returned to one of the borough’s most picturesque outposts.

The giant bearded vulture, one of the rarest birds ever seen in the UK, has been spotted near Dunford Bridge in recent weeks - four years after the last recorded sighting.

The bird is thought to be a juvenile with a three-metre wingspan and was tracked from Belgium before arriving on local moorland in mid-July.

Experts say it’s common for young bearded vultures to explore, but it’s unusual for them to venture over large bodies of water, which in this case was the English Channel.

Sarah Fowler, chief executive of the Peak District National Park, said: “In a year that was already written into the history books by the unusual and unprecedented, no-one expected our skies to be graced by one of Europe’s most magnificent and rarest birds.

“The arrival of a bearded vulture has understandably become a source of wonder and excitement in recent weeks - not only for those who carry a passion for nature, but others who simply wish to marvel at a bird of prey larger than anything ever witnessed here.

“The vulture’s appearance at a time when many of us were taking the first steps back into nature since lockdown has no doubt added to its popularity as a ‘must-see’ for wildlife watchers.

“While this most recent visitor is unlikely to be a long-term fixture due to our seasonal conditions not matching that of its Alps or Pyrenees home, the bearded vulture offers a glimpse of a future where nature-based tourism is an integral part of our already rich offer for visitors to explore.”

Peregrines are among the world’s most common birds of prey but they have suffered years of persecution in the UK which has resulted in their numbers dwindling.

Conservation efforts have been made and as part of this, these chicks have been fitted with two non-invasive identification rings that will enable conservationists to monitor their progress and health.

Richard Bailey, of the Peak District Moorland Group, added: “For most of us lockdown has been a difficult period. However, for wildlife it has meant a huge, and largely welcome, reduction in disturbances.

“These successful nests are a reminder of the positive outcome for our wildlife on local moorland.”