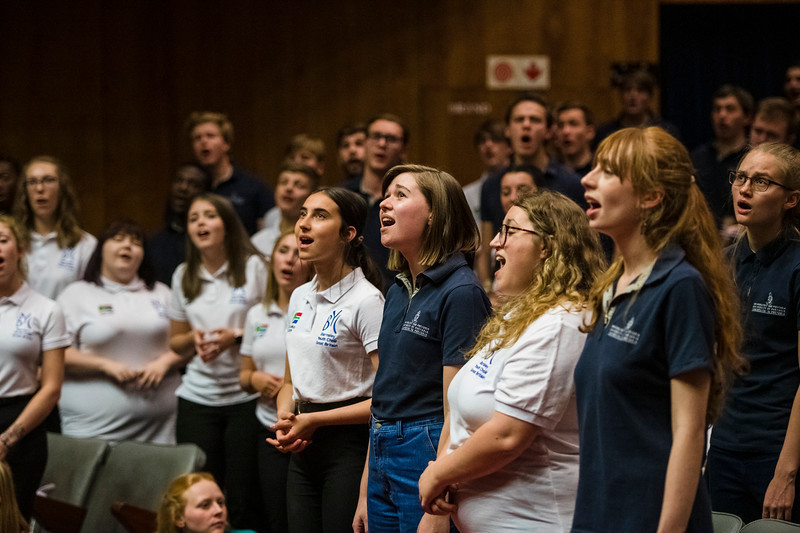 TWO world-renowned choirs from opposite sides of the globe haven’t let distance or a pandemic stop them from singing together.

Barnsley Youth Choir was formed in 2009 by Mat and Eleanor Wright - since then the group’s won multiple awards and is ranked among the best in the world.

The choir often competes at the European Choir Games in Riga, Latvia and it was there that the choir formed a friendship with the Tuks Camerata choir from the University of Pretoria, South Africa.

The Tuks Camerata choir was due to visit Barnsley this summer for a series of concerts before both choirs travelled to Flanders to take part in the World Choir Games.

However, due to the coronavirus pandemic, both events were cancelled.

Undeterred, the choirs created a video of more than 150 singers singing ‘Let the River Run’ by Carly Simon which was filmed in the members’ homes on two continents.

Mat Wright, artistic director of Barnsley Youth Choir, said: “This has been an amazing project to be part of.

“We were devastated not to be spending this summer working with our special friends from Tuks Camerata and their inspirational conductor, Dr Michael Barrett.

“This video recognises the friendship and close bond between our two choirs and also reminds us of the fact that singing and music is a powerful tool to inspire and connect communities, perhaps something that we need more than ever.”

Dr Barrett added: “There are few friendships as special as the one shared between the Tuks Camerata and the entire Barnsley Youth Choir organisation.

“When our trip was cancelled this year, we were determined to still meet as this has been a tradition since we first met several years ago.

“This virtual video serves as both a memoir of an incredible bond between two organisations, as well as a reminder of what beauty can be created, even in the most trying times.”