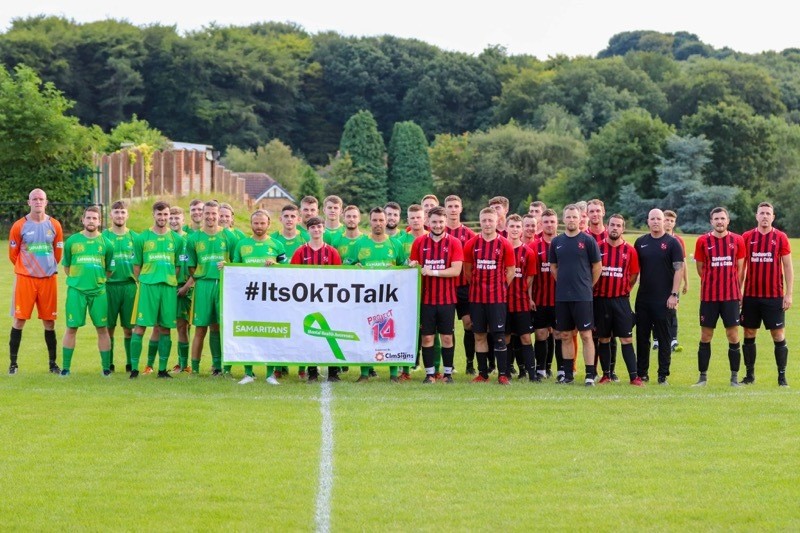 FOOTBALL players who organised a charity football match to encourage men to speak up about their mental health played to empty seats, after the ongoing coronavirus pandemic put paid to their original plans.

“I have experienced bad mental health in the past and it was a huge struggle but with the right help I came out the other side,” said Warren, of North Street, Darfield.

“The experience really opened my eyes to it and I wanted to encourage other men to speak up about how they are feeling before it is too late.”

The charity match took place last Friday behind closed doors due to restrictions imposed as a result of the coronavirus pandemic.

“I wanted to get a couple of bands to play and to sell raffle tickets in the crowd,” added Warren. “Unfortunately that couldn’t happen but each player donated money to play so we raised about £150.

“Even though it’s not as much as I had hoped, it is still going to two great causes which has been my aim all along.”

Warren hopes to continue the football match every year to help raise more money for the charities.

“I’ve had people message me saying that they have started to get help because of the hashtag I created,” added Warren. “It’s great knowing that men are starting to open up about how they are feeling because it’s not always easy for us to do that.”