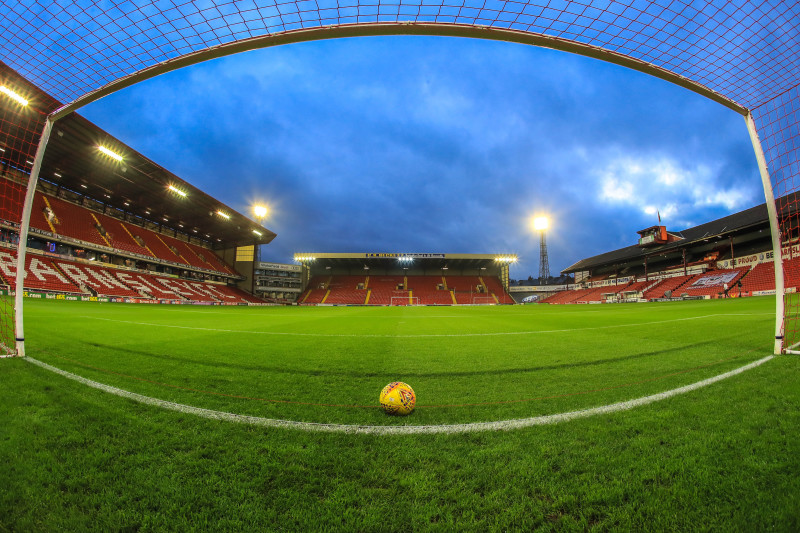 The Cryne family say they are taking legal action against the majority owners of Barnsley FC who have stopped paying the instalments of the purchase price of the club and deny suggestions that they refusing to sell their half of Oakwell.

The family, who still own 20 per cent of the Reds since selling the rest in 2017, insist they are 'stalwart in support of the club' and that they significantly reduced and deferred instalments throughout 2019 but that payments due in early 2020 have not been made. They say the legal action is a 'last resort' made with 'great regret' and they are hoping the situation can be resolved soon.

Yesterday, a statement was released on the club website claiming that the Crynes – Jean and James, the widow and son of former owner Patrick Cryne – were refusing to sell their half of the Oakwell stadium, and that a third party had a claim that the majority owners had been unaware of when the sale went through.
The Crynes deny that and insist they would be happy to sell for the agreed price but claim that is a totally separate issue to the £2.75million they are owed in payments for the sale of the club. The Crynes have taken legal action for that amount against BFC Investment Company, a Hong Kong company who own 80 per cent of the Reds.
In a statement sent to the Chronicle today through their solicitors Knights, the Crynes say that in April last year – 15 months after the new owners led by Chien Lee and Paul Conway bought the club in December 2017 from Patrick Cryne who died the next month – the  BFC Investment Company asked the family for a ‘significant’ reduction in the price and for longer to pay, which was agreed to.
The statement adds: "The failure to pay occurred before the current Covid-19 crisis. Despite requesting payment from the Hong Kong company several times, payment has still not been forthcoming and therefore, with huge reluctance and great regret, Oakwell (Oakwell Holdings Limited, the family's company) has been forced to issue a claim in the High Court to recover those monies due. It is hoped that the matter can be resolved before the claim progresses much further but the Hong Kong company are yet to submit any defence to the claim.
"The club is not liable to pay the deferred element of the purchase price, it is the Hong Kong company which owes the money.”
The Crynes have also clarified that the club's majority owners exercised their option to buy the family’s half of Oakwell – the other half is owned by Barnsley Council –  but that the club owners 'have since raised a number of concerns in relation to that option.’ The statement adds: "The Cryne Family has responded in full to these concerns, on which they have previously taken counsel’s opinion from two leading QCs. The Cryne Family has made every effort to resolve this issue but the approach of BFC Investment Company has made agreement impossible to date.
"The Cryne Family has remained stalwart in their support for the Club. Throughout the Covid-19 crisis the Cryne Family has not taken any rent from the Club and James Cryne, who is employed by the Club, has forgone his salary. Their commitment to the club remains absolute but they feel they now have no choice but to take steps against the Hong Kong company in circumstances where they have not been paid in accordance with the contract of sale. It is with great regret that as a last resort, the family has instructed Knights to take court action on its behalf.”