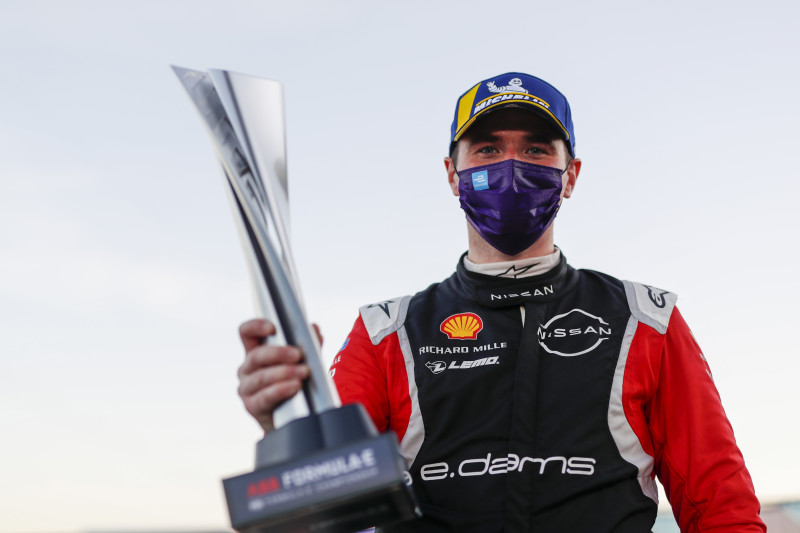 Oliver Rowland hopes that both he and Barnsley FC can build on strong ends to their last seasons in the next campaign.

The Penistone man, who turned 28 last week, won the penultimate race of the Formula E season in Berlin last week and eventually finished fifth overall in the electric car series.  That was after he followed the Reds’ dramatic survival in the Championship.

Rowland told the Chronicle: “My uncle used to take me to Oakwell when I was in secondary school and I have always been a fan since then. I can’t say that I have been to loads of Barnsley games, probably only about ten. I was often racing on weekends so I didn’t go to as many as I wanted to.

“But I always follow their results. It’s hard for me to go to games now because I am flying around the world most of the time or in training, but I follow everything they do.  The way they stayed up this season was pretty epic. Hopefully they can build on it and have a good season next season.  They looked done and dusted after they lost at Leeds but I followed their game against Nottingham Forest then I thought they could stay up and we all saw what they did on the last day at Brentford. I was really pleased for them.”

Rowland took Real Madrid and Belgium star Eden Hazard for a drive in a promotional event and the video was released this month.  He said: “It was pretty awesome.  It was before lockdown but it was released a long time later.  It was nice to meet him and we had a good laugh. I tried to convince him to sign for Barnsley but he wasn’t having any of it.”

Last week’s win was Rowland’s first ever Formula E victory and put him second in the championship, with no chance of catching the leader, but he crashed out of the final race and slipped down to fifth. His Nissan e.dams team-mate Seb Buemi came fourth so the team finished second overall in the constructors’ championship.

Rowland said: “Winning the championship next year has to be the target for me. Last year I was a rookie so I was just learning and this year I wanted to be more reliable and consistent and I achieved that, and I came very close to second place. We have work to do as a team but, from my side, coming first is the target.

“We went to Berlin hoping that we had improved as a team, and I was hoping to get a win, so we achieved those objectives. It was slightly disappointing that I didn’t end up second in the championship but, all in all, it was pretty positive. It’s not easy to win a race in Formula E so it is nice to get it over the line and get pressure off my back. Hopefully now I will have more confidence.”

The season was concluded at Berlin’s Templehof Airport with six races in nine days. Rowland, who has been in Barnsley this week before going on holiday tomorrow, said: “It was very different to what we’re used to. It was very tiring having six races in nine days and all the preparation before it. I was definitely ready to come home. It was strange without crowds but I am just pleased to get this season finished and hopefully, next season, we will be back to normal.”

The 2021 season is due to start in January with a race in Santiago, Chile.  The calendar will also include trips to Mexico City, Saudi Arabia, China, Rome, Paris, Monaco, Seoul, Berlin, New York City and London where the series is due to finish in July.