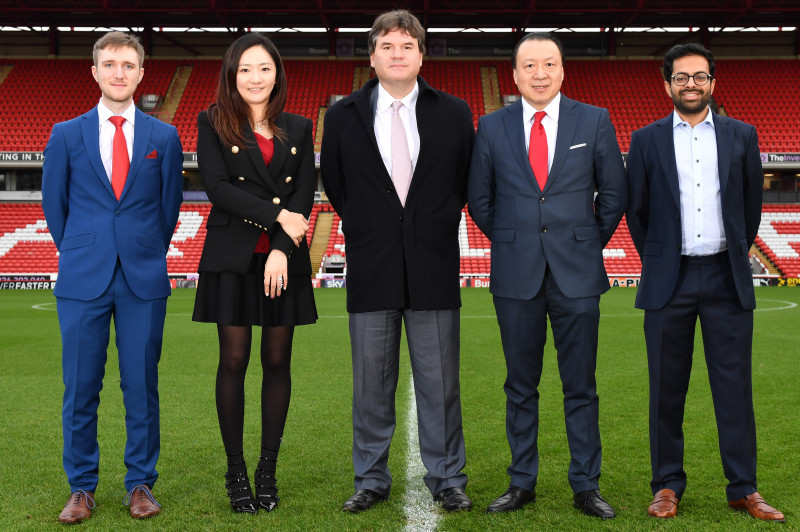 The battle between the two ownership groups of Barnsley FC has taken another strange twist as it is thought that the ‘other claim’ on the Cryne family’s half of Oakwell dates from more than a century ago and has expired.

The consortium that owns 80 per cent of the club, led by Paul Conway and Chien Lee, have suggested that the Crynes – who own the other 20 per cent – are refusing to sell their half of the ground they share with Barnsley Council. Lee’s group say they have recently been made aware of a third party which has a claim to the family’s half of the ground.

It is understood that the third party was the Senior family who owned the Barnsley Brewery Company and had land on the Oakwell site which they granted to the club more than 100 years ago.

The Chronicle understands legal advisers have told the Crynes the claim – part of a ‘restricted covenant’ ensuring the land is always used for sport – has long since expired.

The Crynes believe the club’s majority owners have always been aware of this and say it is not a barrier to the sale of their half of Oakwell.

The Crynes have launched a legal case against the majority owners for £2.75m in unpaid instalments of the sale price of the club from the 2017 deal.  They claim they have agreed significant reductions and delays to the payments since April of last year. Sources at Oakwell have insisted to the Chronicle that the legal battle will not impact Barnsley’s future or their plans for the new season.

The Crynes – speaking through solicitors Knights – hope to solve the issue soon and avoid a lengthy court battle, the next step in which is for the majority owners to mount a legal defence in the coming weeks.

The club is owned by Hong Kong company BFC Investments Company, in which Lee and Conway, the co-chairmen of the football club, have 27.5 per cent shares while Indian businessman Neerav Parekh has 15 per cent and US baseball legend Billy Beane ten per cent.

The other 20 per cent of the shares belong to Oakwell Holding Ltd which is owned by former club owner Patrick Cryne’s widow Jean and their son James who works in the Reds’ recruitment department.