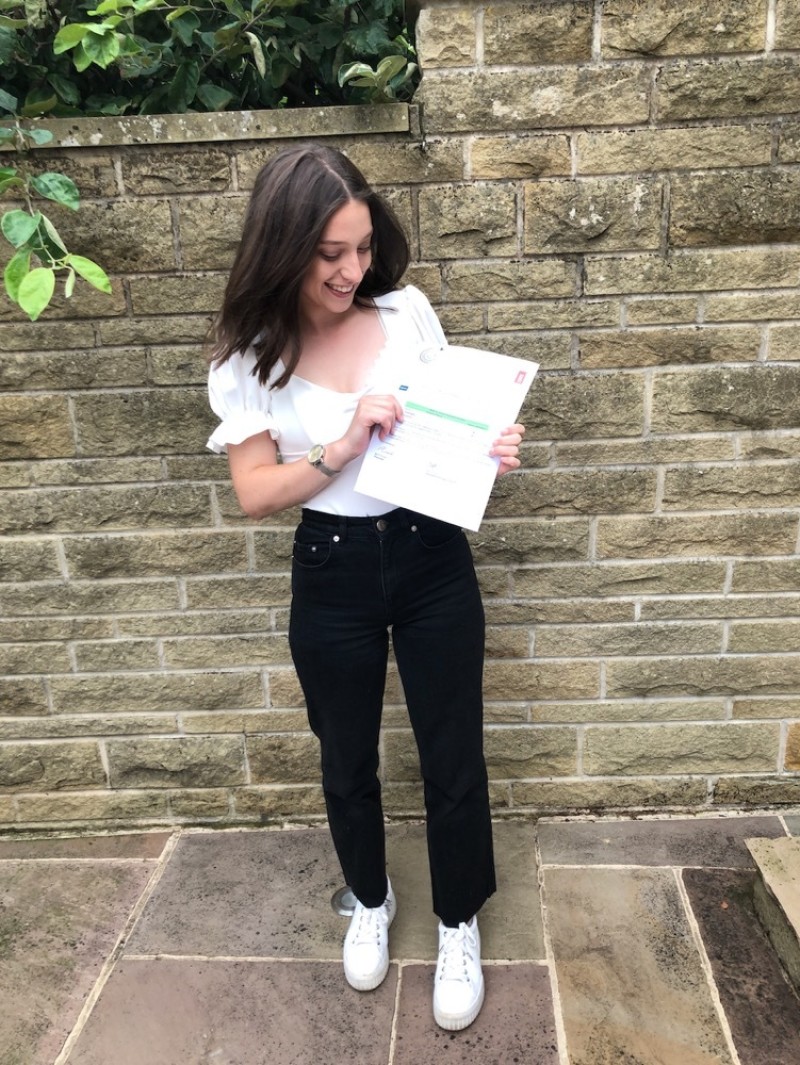 A HEAD girl who wrote to Prime Minister Boris Johnson after the controversy around A-level results last week claims ‘futures have been ruined’ by the shambolic process.

Hannah Hinchliffe, 18, of Silkstone, is set to study biochemistry at Lancaster University later this year but, after results were released last Thursday, wrote the letter to the Prime Minister, secretary of state for education Gavin Williamson and her local MP, Miriam Cates, expressing her disdain in the way she felt her peers have been treated.

She told the Chronicle: “I wrote the letter to express my pure emotion and despair at the government’s actions.

“I was extremely disappointed with my original chemistry grade awarded on Thursday, as I knew that I had worked so hard towards an A, and it felt that I had been discriminated against because of my location.

“It also meant that I had missed out on a scholarship from Lancaster University - however, more than anything, I felt heartbroken for my friends.

“Many of them had been victimised by the original algorithm and were devastated at missing out on their places at university.”

Hannah, who was the head girl at Penistone Grammar School’s sixth form, said she felt it was her responsibility to stand up for her peers after the unjust results that they had been awarded.

On the day, she opened up her results to find out she had been given two A*s and a B - results good enough to get into her first choice university, but not enough for the scholarship she hoped for.

However, after the government’s U-turn regarding both A-level and GCSE results on Monday - meaning students will now receive their teachers’ estimated grades - Hannah has received an A grade for chemistry and the subsequent scholarship at Lancaster, but she wants to make sure the ‘distress’ caused will never be forgotten.

“I just want to reiterate that although the government has made a U-turn on its decisions, this must not be forgotten,” she added.

“We have still experienced discrimination being from a northern state school and we won’t forget that when it comes to the next general election.

“The government has treated us so unfairly and mentally tormented us - it has been an awful experience.

“We are the nation’s future, future voters, future scientists, teachers and doctors and yet they have put us through so much hurt over the past few days.

“I want to highlight my frustration that the government has had to mess up to this extent before putting things right - this should never have happened in the first place.

“Some of my friends have still lost their university places despite having their grades increased and this should never have happened - futures have been ruined because of this shambles.”