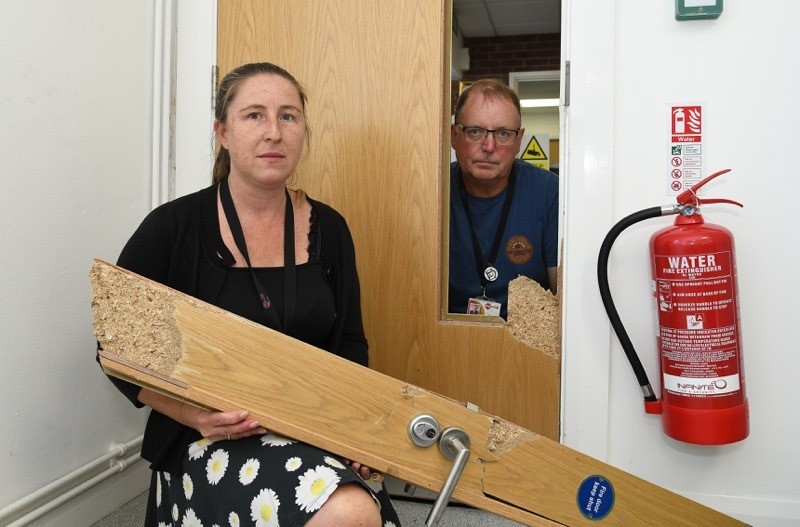 A CHARITY hoping to reopen its doors has had to put the brakes on after they suffered a third break-in since lockdown began in March.

Local Mencap Barnsley, based on Castlereagh Street in the town centre, suffered burglaries at the beginning of lockdown as intruders stole cash and tablet devices on two separate occasions.

However, four months later the premises were targeted again this time with extensive damage caused to fire doors in the building after a break-in in the early hours of Tuesday morning.

Jayne Armstrong, from Local Mencap Barnsley, told the Chronicle: “It happened in the early hours and they’ve not really taken anything of value, but the amount of damage they have caused to the building is so much worse than previously.

“They’ve broken a lot of the fire doors and then the rooms that they couldn’t get into they’ve broken the door frames, but obviously you have to replace them when that happens.

“It’s absolutely frightening the amount of damage that they’ve managed to cause.”

The charity, which aims to help adults with learning disabilities, was hoping to reopen but Jayne now admits the latest setback has put the plans on hold.

“I’m absolutely heartbroken, this is the third time this has happened during lockdown now,” she added.

“Each time they’ve managed to take less and less and that’s probably because there’s nothing left for them to take anymore.

“It’s genuinely heart wrenching as we were hoping to reopen as soon as possible, perhaps in the next few months, but this is a huge setback as we’ve had no income during lockdown.”