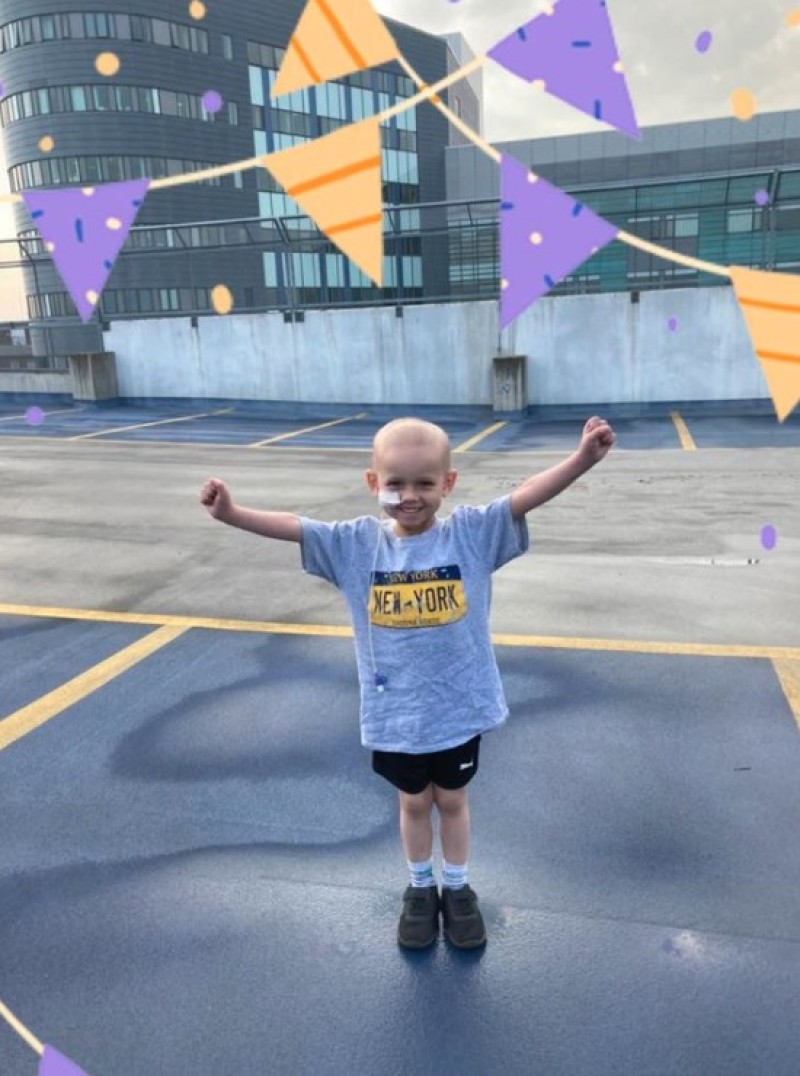 A CANCER-BATTLING youngster whose story inspired thousands of people to raise more than £260,000 to fund innovative treatment will continue the next chapter of his road to remission - in New York.

Oliver Stephenson, four, was diagnosed with high-risk neuroblastoma in January and, although the cancer spread from his kidney to his bone marrow, skull and eye sockets, the youngster’s plight inspired well-wishers to raise the cash required for further treatment.

The innovative ‘bivalent’ vaccine, which will cost about £230,000 and come after Oliver’s UK treatment has run its course, has been proven to give kids a much higher survival rate and decrease the chances of cancer returning in following years and it’s this that his family want to pursue in the USA.

Having endured bouts of chemotherapy, Oliver’s radiotherapy has ended and he’ll have one block of immunotherapy before he jets to the USA at the end of the year.

His mum Laura, of Stairfoot, said: “Oliver has sailed through this block of treatment - he has managed to complete it without the need for any transfusions or no infections.

“He is still going strong and doing amazing. We now just have one block of treatment left, immunotherapy, but this is quite a long one so will take us to the end of the year and then we will be off to New York thanks to everyone who has donated.

“In January it felt like our life was torn apart, screwed up and thrown away but we are now slowly slowly rebuilding our lives and have accepted that things will never be the same.

“Hospital appointments will forever be a part of our world and we will constantly live in fear of relapse but we are slowly learning to live with that fear by pushing it to the back of our mind, living for each day and seeing how happy our two boys are.”

Oliver’s illness showed on Boxing Day last year when he was pale and had darkened eyes, but given the busy time of year it was assumed that it was just down to tiredness due to the busy Christmas period.

“We wish we could personally thank the 6,000 people who have donated and helped us reach that target, or the 11,000-plus people who have followed our journey to this point and have shared our story but that simply isn’t possible as they will never know our gratitude,” Laura added.

“Oliver is a very much-loved little boy and he will handle this the same as he has everything else - like a super hero.”