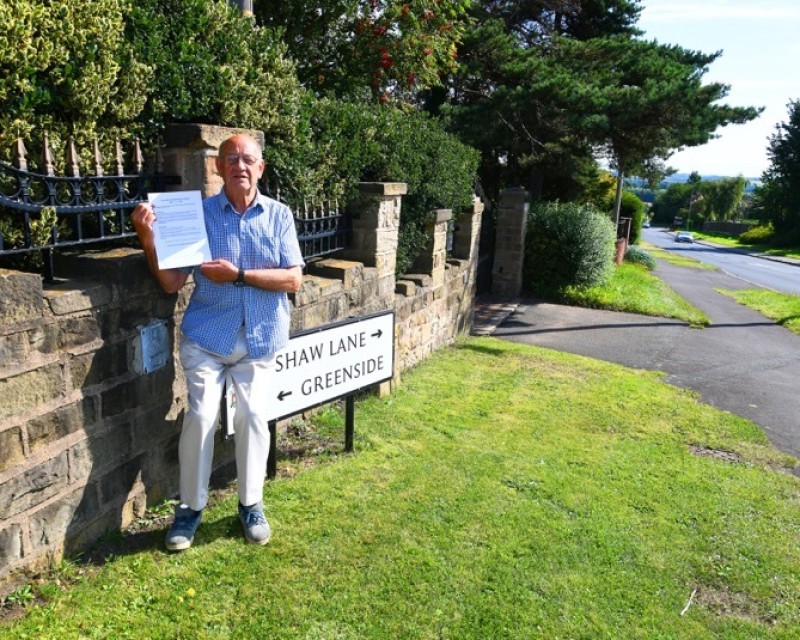 A LONG-TIME campaigner has urged council bosses to ‘put pedestrians first’ at a danger junction in Staincross Common.

John Race, who has lived across from the junction for 25 years, has launched a road safety petition following concerns for pedestrian safety.

The 80-year-old first began campaigning for traffic calming measures in 2003 but after a string of minor accidents, John has called for action to be taken once and for all.

“I’ve lived by this junction for 25 years and have seen first-hand the amount of reckless driving and speeding,” John told the Chronicle.

“I’ve raised this issue quite a few times in the past because I feel pedestrians are often forgotten about.

“I know there has been a lot of council attention on the speed limit along Staincross Common, but I sometimes feel the junction doesn’t get the same amount of attention.

“All I want is for somebody to take action to install a pedestrian crossing that’s safe for everyone.

“This would calm the speed of traffic and stop things from escalating to the point where something serious could happen.

“This issue continues to rear its head.”

John has drawn up a new petition that has been backed by residents who live nearby.

He said: “So far, I’ve amassed over 150 signatures on this petition which has been great.

“This is something I’ve campaigned passionately about this for nearly 20 years, but I think it’s more important now than ever before.

“The aim is for the council to evaluate this in cabinet and I hope we prioritise the pedestrians more going forward.”

Coun Harry Spence, from the Darton East ward, worries additional pedestrian crossings could cause a ‘tailback’ of traffic.

“I commend John for his dedication to this cause and his prioritisation of the safety of our local residents.

“My concern with fitting a traffic light or further pedestrian crossings would be a build-up of traffic down Staincross Common which would be a nightmare and lead to further issues.

“It’s about negotiating for change as best we can.”