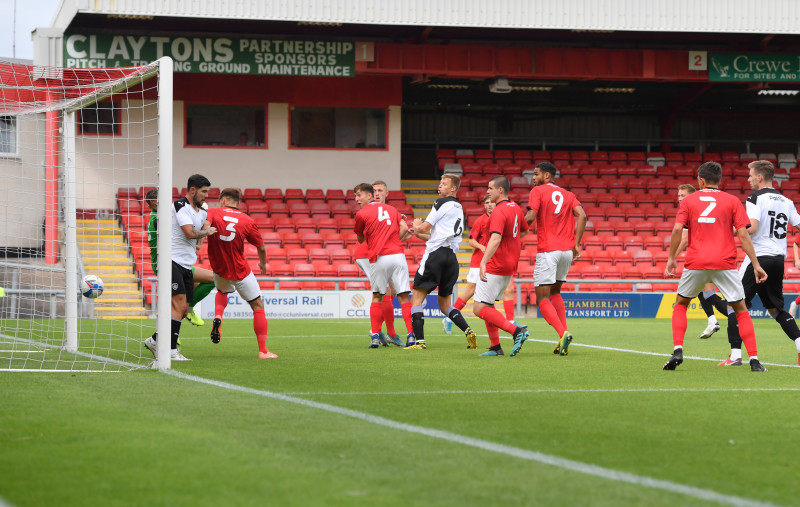 Gerhard Struber was pleased with Barnsley's performance in their 2-0 win at Crewe Alexandra – especially a rare goal from a set piece.

The Reds won their first friendly of the summer thanks to goals by Mads Andersen and Conor Chaplin.

Struber told the Chronicle: "Many things went in a good direction. You can see many players are not on their highest level with freshness and fitness after a big week of training. But we pressed well, we had good transitioning and we have the win with things to work on which is good. We are busy with new tactical things in the build-up and with our pressing."

Struber was particularly pleased with Andersen's goal from a Styles corner in the fourth minute. He said: "A goal from a set piece is very very important, especially when we look at last season and we are on last place from attacking set pieces. When we make the next step in that it can make a very big impact. We work very hard on this."

Barnsley have two weeks before they host Nottingham Forest in the EFL Cup then, the next week, they welcome Luton Town in the first game of the new Championship season.

"The situation of preparing the boys in a small time window is not new because we had the same before our last nine games of last season. We will give our best in the next three weeks and we have interesting opponents. I am happy we had a top situation in St George's Park, the home of England. The pitch was brilliant and the training station was great."