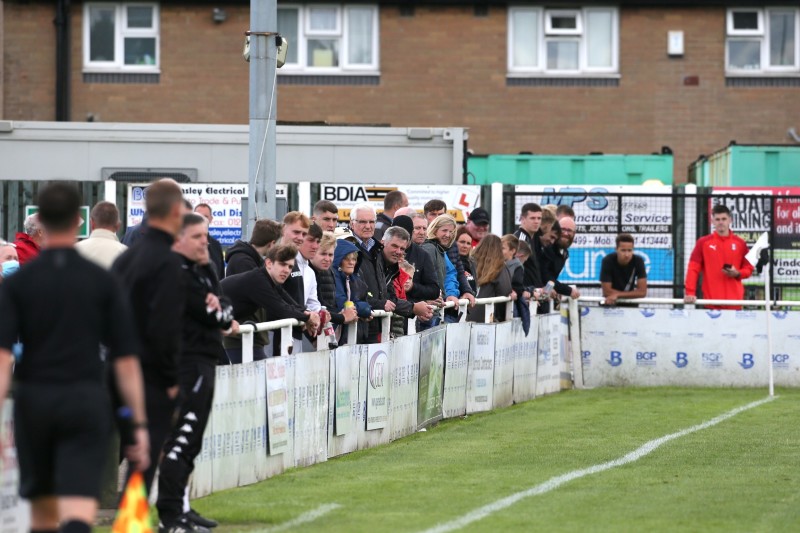 Barnsley's top non-league teams will begin their FA Cup campaigns in midweek after playing in front of crowds in pre-season friendlies.

Athersley Rec and Penistone Church, who both played in front of crowds for the first time since March last weekend, are due to compete in the extra preliminary round of the world famous competition on Tuesday evening.  Rec are set to host Charnock Richard at Sheerien Park from 7.45pm while Church visit Skelmersdale United on the same night.

Government regulations currently allow spectators into grounds below National League level, at a reduced capacity. Clubs are taking names and numbers of spectators for the track and trace system as well as enforcing social distancing and providing hand sanitiser.

Penistone had fans in their ground for Monday’s friendly against Ossett United in front of 129 in a 0-0 draw.  The capacity for that match was 150 but that will now be doubled.

Church manager Ian Richards said: “We have been told the capacity will be 300 and we averaged 250 last season.  So we’re hoping we will have a full house every game with extra interest because football has been away so long and we’re hopefully doing well.

“We need to manage the risk and make sure people can enjoy their football in a safe way.  We have an outdoor bar now and a new way to enter the ground.”

Athersley played a home friendly against Stocksbridge Park Steels on Saturday, with the attendance capped at 150 and around 140 in the ground, and the higher-league visitors won 5-1.

Manager Shane Kelsey said: “It was brilliant to have the fans back.  “We don’t get massive crowds at our level but it does make a difference and gives the players a lift to see friendly faces in the crowd and hear encouragement. It’s also massive from the financial side. We appreciate everyone who comes through that gate.

“I would like to think that attendances will be slightly up on last year, especially with Barnsley not having spectators in. There is some good football to be played at our level, if you take the snobbery away of what you see on TV in the Premier League. It’s entertaining.”

The first round of the FA Vase will be on September 19 then the Northern Counties East League is due to start the following midweek.  The 2019/20 season ended in March and the results were expunged. Rec were saved from relegation out of the Premier Division by the cancellation of the season as they had collected just 12 points from 27 games with three wins.

Kelsey, who has taken over as manager  for this season having previously been coach, said: “We are led to believe only one club will go down so our main aim is to finish above one other club. “We will break the season down into blocks and look to win at least one of every four games.

“But you never know and, if we get off to a good start, we could do a lot better than that. We just don’t want to be cut adrift like we were last season because, if a gap develops, it becomes demoralising for young lads.”

Penistone were competing for one of the three automatic promotion places in the Premier Division last season when it was cancelled. They were fourth and two points off the top with ten games left.

It was the second successive season in which Church had come close to promotion to the Northern Premier League as, in 2018/19, they finished second but only one club was promoted.  Richards said: “The ambition is to win the league but, if we fall short, we definitely want to be in the top three and get promoted. It will be important to get a fast start in case the season is cut short again.

“There hasn’t been a big overhaul of the squad, we have kept nearly all our players and added four for strength in depth. We have brought back Sam Scrivens who was our top-scorer two seasons ago.  We played Skelmersdale in the FA Cup last year and lost the replay at home. That’s our motivation, as well as starting the season well and having another game before the FA Vase and league start. We should be able to take about 50 away supporters there.”