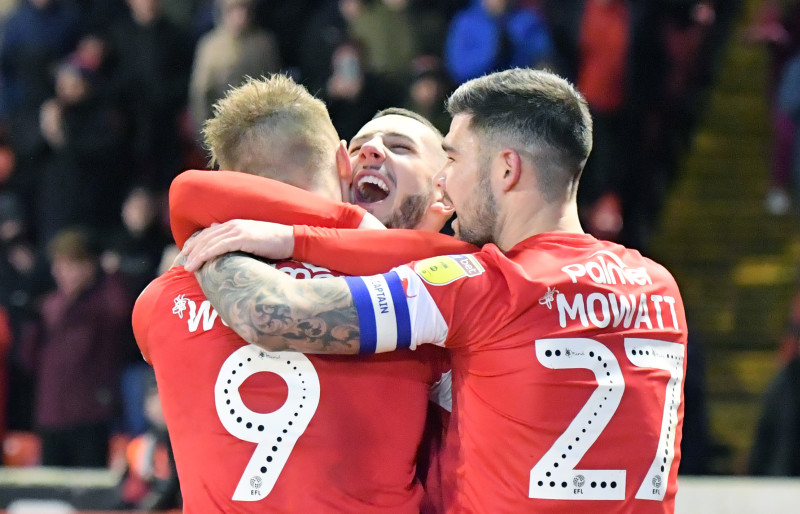 Gerhard Struber is confident all his star players will remain at Oakwell for the coming season while he says Barnsley need a replacement for Ben Williams as well as reinforcements in midfield and attack.

The season is due to start in eight days when the Reds host Nottingham Forest in the EFL Cup then, a week later, they welcome Luton Town in the first Championship game of the season. Barnsley are understood to be interested in Doncaster Rovers midfielder Ben Whiteman along with several other Championship clubs.

Sources at Oakwell have dismissed rumours that the Reds are trying to recruit Hertha Berlin striker Pascal Kopke.

Left-back Williams will miss most if not all of the 2020/21 season after rupturing the ACL in his knee which Struber says will keep him out for seven to nine months. Williams had played at left wing-back or on the left of a back three and Struber is now looking for a replacement, as well as other positions.

Clarke Oduor, who also plays at left-back as well as midfield, has been linked with a move to Barnsley’s Premier League neighbours Sheffield United this week but the Chronicle understands there has been no approach.

Struber told the Chronicle: “It is very sad for Ben, for me and for the team and now it is necessary that we look at the transfer market. We need a good replacement for Ben. We also have to look in every line, the midfield line and the forward line as well.  Everyone knows we need new players.  We need players who can play in my style and can help the team from the mental side. They need to be team players and help the team from the first second.”

So far, Barnsley have re-signed right-back Kilian Ludewig on a season-long loan and brought in Austrian forward Dominik Frieser on a permanent deal.  The transfer window has been open for a month and is due to close on October 5, while deals can be done between English clubs until October 16.

Struber said: “We have no stress, we have time until October.  We will make a good job in this transfer window. We made a good job with Kilian Ludewig and Dominik Frieser who has international experience. “Both players make the team better and I hope, in the next few weeks, that we make good next decisions with the right players.”

Struber knows it is vital to keep hold of star players such as Alex Mowatt, Cauley Woodrow, Conor Chaplin and Jacob Brown.  The Chronicle understands that clubs have approached the Reds about several of those players in recent weeks but none have yet made a bid which meets the Oakwell club’s valuation.

Struber told the Chronicle: “The most important thing is that we save our players here in Barnsley and we do not lose key players. I am confident we will keep them but I understand that, when they have big offers, they will think about a change. I think all the players understand what they have at Barnsley and that their development goes in the right direction at this club.  Sometimes, for young players, development and gametime is bigger than money.”