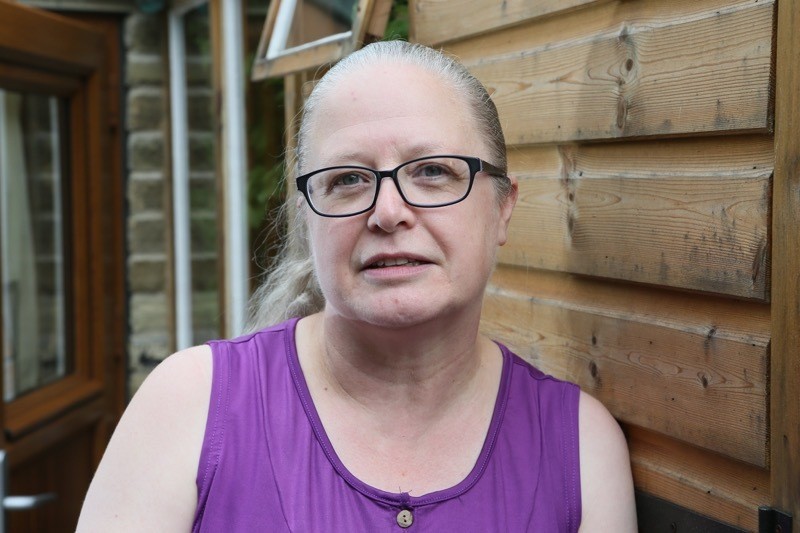 A BARNSLEY woman has thanked a dentist who she believes helped save her life after what was believed to be ulcer turned out to be cancerous.

Helen Cartwright, 55, found a lump in her mouth in April but dismissed it as a symptom of her ulcerative colitis.

Ulcerative colitis is a condition which causes inflammation of the colon and symptoms can include ulcers in the mouth.

When the lump didn’t go away, Helen became worried and contacted her doctor.

“I’ve had mouth ulcers before, so I thought that’s what it was,” said Helen, of Westfield Avenue, Thurlstone. “I tried Bonjela and other mouth ulcer treatments but nothing was working so I went to the doctor thinking they would just put me on steroid tablets and that would be that.”

Helen’s doctor referred her to her dentist where a biopsy was carried out on the lump on her lower jaw.

“I didn’t really know what to expect,” she added. “Because of Covid-19 my partner, Michael, couldn’t come in with me so I got more nervous being on my own than I did worrying about the results of the biopsy.

“The dentist was really great because I had to send in photos before I went in, and they rushed me in for a biopsy the same day and helped to fast-track me to the hospital for more tests.”

However, when Helen’s results came back, she said she was shocked to discover the lump was cancerous.

“I never expected it to be cancer,” added Helen. “I was told that it had been caught early and that the doctors were going to try to remove it but it stunned me.

“The lump never caused me any pain, and that’s why I thought I would be given steroid tablets.

“I felt scared when I was told, my mum died of stomach cancer so I knew how horrible it could be if it progressed.”

Helen was diagnosed with grade one oral squamous cell carcinoma, a type of mouth cancer that causes lumps to form in the mouth and glands.

Helen had the operation to remove the rest of the lump and surrounding tissue, which has left her with exposed bone inside her mouth.

“It’s painful, but I keep thinking about what could have happened,” she said. “I was told in my consultation that I could lose some teeth and jaw bone in the operation, but I still have all my teeth - just a painful spot where the rest of the lump was removed.”

After her diagnosis, Helen wants to thank her dentist practice, My Dentist in Penistone, who she credits for helping to save her life.

“I know that without the diligence of the dentist who helped to get me an appointment at the hospital I might not have known it was cancer until it was too late. They were so lovely and kept me updated every step of the way and I believe they went above and beyond to help me.

“I’ve been scared of my dentist all my life after something went wrong when I was a child. However, this process has truly restored my faith in the dentist as they noticed something was wrong with the images I sent and rushed me in to check up on it. Now I can enjoy the rest of my retirement, instead of living on borrowed time.”