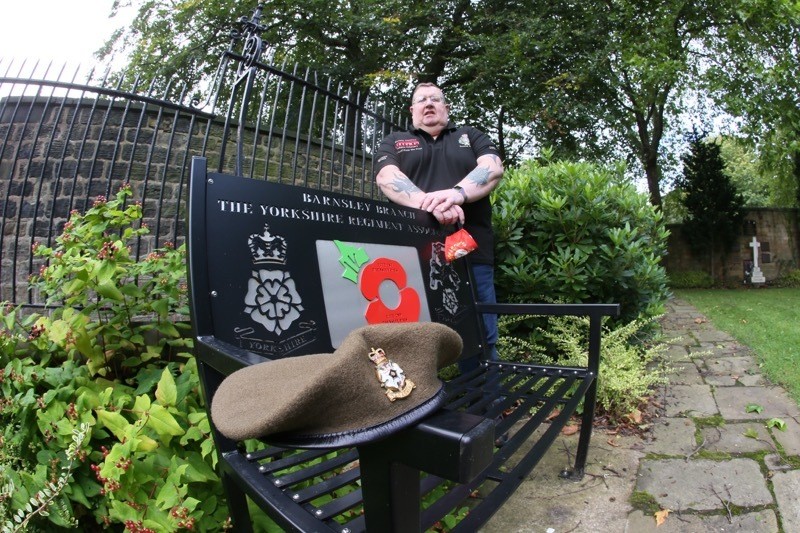 AN association formed of ex-servicemen is seeking out more members to add to their ranks.

The Barnsley branch of the Yorkshire Volunteers Regimental Association offers membership to anyone who served in the Yorkshire Regiment or Territorial Army (TA) units in the area.

But, according to Tony Simpson, there are still potentially hundreds of former servicemen that could join the association - whose ultimate goal is to raise funds for its own standard.

Many servicemen since the 1980s, Tony said, will have been based at the Drill Hall on Eastgate before moving to the Territorial Army Centre on Wakefield Road.

“We have been a bit knackered by Covid-19, but we’ve just been doing what we can. It’s been unbelievable how the lads have come together.

“My aim is for us to have standards for both the Volunteers and the Yorkshire Regiment by 2021, and be able to stand outside the town hall with them knowing they’re both from the town.”

The group, which has sited a number of memorial benches across the borough, has been raising funds through raffling off collectors’ items including military figurines and postcards. It normally meets at the Full House pub in Monk Bretton on the first Tuesday of every month.