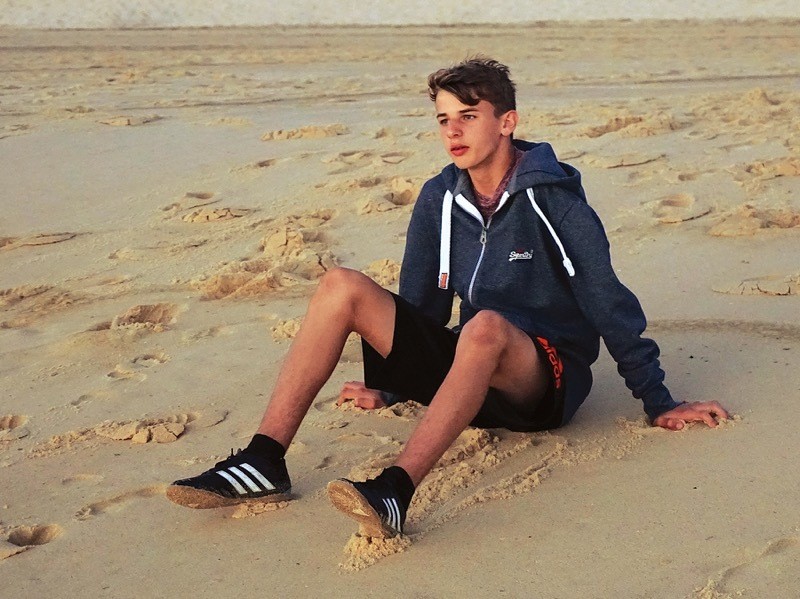 THE family of a teenager who collapsed suddenly from a severe asthma attack before dying in hospital days later have urged people to sign up to donate their organs - after their son’s helped save three lives.

Joe Dale, 16, had just finished his GCSEs at Penistone Grammar and was playing football at Silkstone Recreation Ground on June 17.

He messaged his parents, Jon and Helena, asking if he could stay over at his friend’s in Silkstone but at about 6pm, his friend called them in a panic to say Joe had collapsed in the garden.

Paramedics rushed to the scene but Joe was not responding and an air ambulance was called.

Jon said: “Joe had a sudden, severe asthma attack, his lungs collapsed and crushed his heart.

“The paramedics and doctors got his heart going but he had further cardiac arrests in the ambulance, and was placed in the intensive care unit.

“On the first day he was in hospital he stabilised and we thought everything was going to be OK but about 30 hours in he started to deteriorate.

“His brain began to swell due to the damage caused by the lack of oxygen following his collapse and tests confirmed there was no hope of recovery.”

Jon and Helena had to make the heartbreaking decision to turn off their son’s life support and he passed away on June 23 - just six days after being admitted to hospital.

Jon had always been on the organ donor register and the family made the brave and difficult choice to donate Joe’s organs - his kidneys, pancreas and liver were later donated to three people.

Organ donation rules have changed and, unless people decide to opt out, all adults will be considered a donor - something the family said they backed.

Anyone under 18 still requires the agreement of their parents or guardians.

Jon added: “Joe went so fast - it was a blur. He was active and fit, not overweight or out of shape, and although he had suffered from asthma since he was six he always managed on his inhalers.

“He sometimes got a little short of breath in football training but there were really no warning signs.

“It was a very hot day when he collapsed and we have since found out that there may have been a ‘pollen shower’ on that day which could have affected him.”

The recipients of Joe’s organs have since written to the family, thanking them.

“One is a young lad, a year younger than Joe was,” Jon said. “He told us how he had been struggling at school and what a massive difference the donation had made.

“It has been a comfort to get their letters. If Joe’s donation means that someone can continue kicking a football around and get a second chance at life, then I know the choice to donate is the right thing to do.”