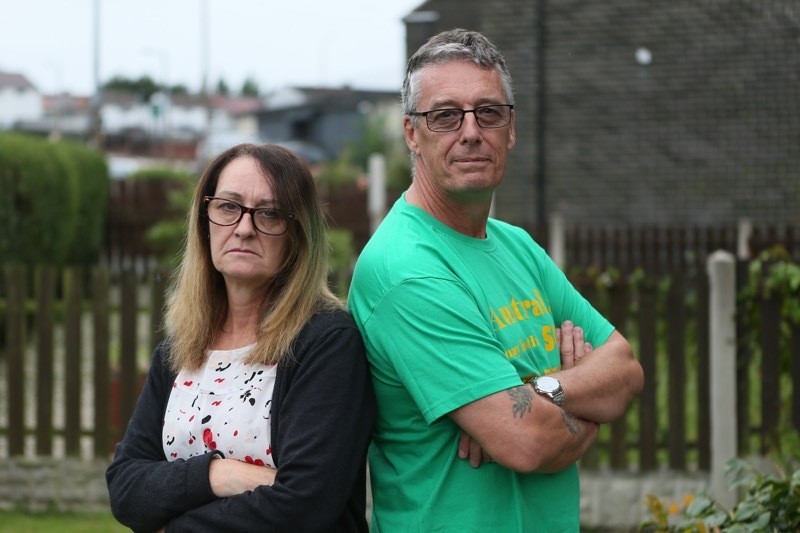 A BROTHER and sister who travelled from Australia to Barnsley for their father’s funeral could be unable to fly back until ‘at least Christmas’ - while potentially facing homelessness as his house, where they’re now staying, has been sold.

Kevin Firth and sister Alison Byworth have been living in the house on Raley Street, Kingstone, since 86-year-old dad Raymond Firth’s funeral in early August.

With Australia restricting travel in and out of the country, the two ex-pats have repeatedly had their flights home delayed after initially being accepted to travel for a three-week period.

Airlines have been accused of prioritising business and first-class flyers - with ticket prices soaring.

Even arranging flights to the UK, Alison told the Chronicle, came with a great deal of stress.

“I applied for tickets three times, and was knocked back twice,” said 56-year-old Alison, who along with her brother has dual nationality.

“I originally was going to return three weeks after I arrived, but since we got to England, Qatar Airways have been constantly bumping the fare up. We’ve been knocked back four times now.

“However, you can buy a business class ticket if you’ve got the money.

“The advice from the Australian government is to see if you can borrow from family or friends. I’m not sure how, in this day and age, the government thinks goodwill is an endless pit of money.”

Alison, who’s lived in Melbourne - which isn’t currently accepting international arrivals - since 2003, and Queensland resident Kevin, are also facing finding somewhere to stay as their dad’s former home has been sold.

The two have been staying in the house, where they grew up, since the funeral.

“It’s not as though we’ve come for a holiday,” said Alison. “We left home on compassionate grounds.

“The service itself was lovely, but very impersonal due to the circumstances and there was no wake.

“It’s already very upsetting to travel all that way and not be able to say goodbye how you’d like to. But to now not be able to get back to your own family and grieve, it affects you.

“I’m fortunate that my brother’s here and we’re able to stay in dad’s house for now.

“But we’re living out of suitcases, it’s now autumn and it was summer when we arrived.

“Barnsley is always going to be home, but it’s very hard being separate from my family and children in Australia.

“I’m also a nurse, a key worker, but that doesn’t seem to make any difference.”

The family have campaigned to their local MPs and the Australian government, but as one of thousands of cases Alison said they’re ‘stuck in limbo’.

She added: “There’s such a backlog of flights that I don’t think we’re getting back before at least Christmas.

“The Department of Foreign Affairs and Trade are aware that we can’t get back.

“Money is getting tight and it’s not as simple as going into a job.

“We do worry where we’re going to live.

“There’s no real light at the end of the tunnel.”